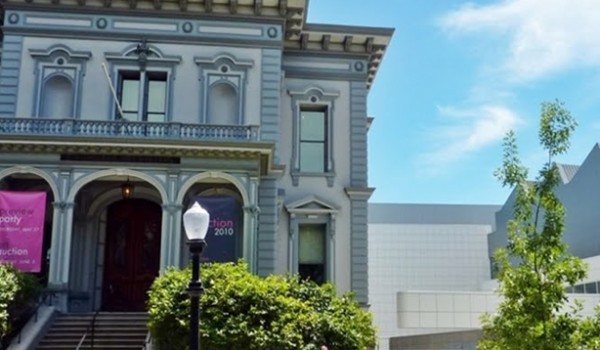 Crocker Art Museum will be among the numerous museums to celebrate the American studio art-glass movement, with works from well-known glass artists.

In the summer of 2012, the Crocker Art Museum will be one of more than 120 museums nationwide to mark the 50th anniversary of the studio art-glass movement in America. “Red Hot and Blown: Contemporary Glass from the Crocker’s Collection” brings together more than 20 works by some of America’s most well-known glass artists, including Dale Chihuly, Marvin Lipofsky, Therman Statom, and Nancy Mee. The exhibit will be on view from 17 March to 23 September 2012.
Since the movement’s founding in the early 1960s, glass has emerged as a rich and diverse form of creative expression with vessels, sculptures, and everything in between being blown, cast, assembled, and painted. The Crocker’s exhibition includes all of these techniques, ranging from Lipofsky’s blown sculptures from the 1960s and Chihuly’s elaborate “Macchia Seaform Group” from the 1980s to more recently acquired sculptural works by Statom and Mee.
The American studio-glass movement began with two glass workshops held at the Toledo Museum of Art in 1962. The workshops were taught by Harvey K. Littleton, who, along with scientist Dominick Labino, introduced a small furnace built for glassworking that made it possible for individual artists to work in independent studios. Glass programmes were then established by Littleton at the University of Wisconsin, at Oakland’s California College of Arts and Crafts, now California College of the Arts, by Lipofsky, and later at the Rhode Island School of Design (RISD), led by Chihuly.
The 50th anniversary celebration of studio glass in America was organized by the Art Alliance for Contemporary Glass, a not-for-profit organization whose mission is to further the development and appreciation of art made from glass. Participating museums, galleries, art centres, and other venues will share the history and variety of studio glass in demonstrations, lectures, and exhibits throughout 2012.