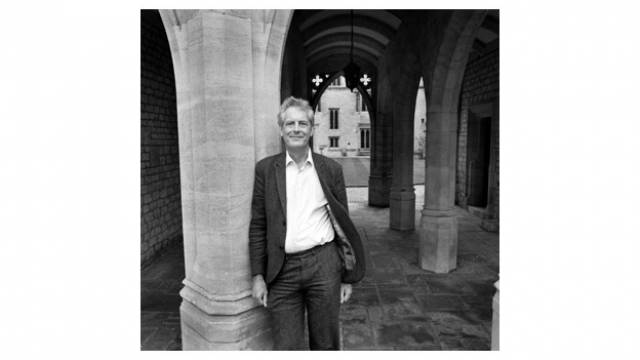 Sir Mark Ellis Powell Jones, former director of the Victoria and Albert Museum, has been elected to the Board of Trustees of the Corning Museum of Glass. Sir Mark is currently the Master of St. Cross College, a graduate college of the University of Oxford.

The Corning Museum of Glass has announced the election of Sir Mark Ellis Powell Jones, former director of the Victoria and Albert Museum, to its Board of Trustees.
“Sir Mark brings exceptional experience from his work at the V&A, where he spearheaded a major renovation, raised the museum’s international profile, increased visitation, and created a strong online presence,” said Marie McKee, the Museum’s president. “We are delighted that he is joining us at a moment when our Museum is undergoing important expansion and attracting ever more international visitors. We look forward to benefitting from his perspective and expertise.”
Sir Mark is currently the Master of St. Cross College, a graduate college of the University of Oxford. From 2001-2011, he was Director of the Victoria and Albert Museum, where he led a GBP 120 million, ten-year renovation of the museum’s galleries, including the Ceramics and Medieval and Renaissance galleries. Under his direction, visitation was increased to the highest levels in the museum’s 150-year history.
Prior to joining the V&A, Sir Mark was Director of the National Museums of Scotland and Keeper of Coins and Medals at the British Museum. During his time as Director of the National Museums of Scotland (1992-2001), he was responsible for the creation of the Museum of Scotland (opened 1998), the National War Museum of Scotland and the Museum of Scottish Country Life.
Sir Mark read Philosophy, Politics and Economics at Worcester College, Oxford, and received a MA at Courtauld Institute of Art. He is an Honorary Professor at Edinburgh University and a fellow of the Royal Society of Edinburgh. He has a Hon. D.Litt. from Royal Holloway College (University of London) and an Honorary Doctorate of Arts from Abertay University, Dundee.
He is Chairman of the National Museum Directors’ Conference; a trustee of the National Trust, the Gilbert Collection and the Pilgrim Trust; a member of the Court and Council of the Royal College of Art; Vice President of the British Art Medal Society and the Kensington & Chelsea Decorative & Fine Arts Society; and a patron of the Embroiderers’ Guild and the Heritage Crafts Association. Sir Mark was awarded knighthood in the 2010 New Year’s Honours List for services to the arts.
The Corning Museum of Glass Board of Trustees is comprised of 15 members: Peter S. Aldridge, Jeffrey W. Evenson, James B. Flaws, Randi L. Hewit, James D. Houghton, James R. Houghton, Sir Mark Ellis Powell Jones, E. Marie McKee, Carl H. Pforzheimer III, Carlos A. Picon, Mark S. Rogus, Susan M. Taylor, Charles L. Venable, Wendell P. Weeks, and Karol Wight.