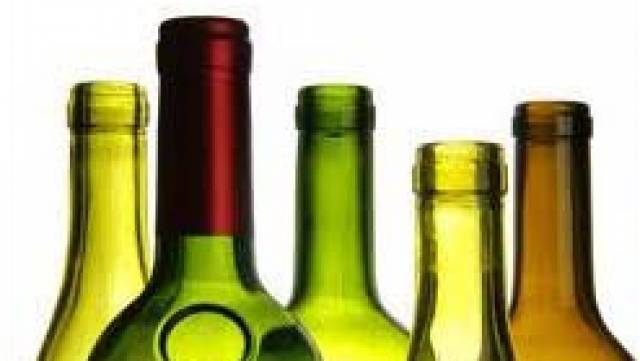 Consol Glass has opened its new bottle manufacturing factory in Nigel, South Africa, the first phase of a planned phased development on a greenfield site of 50 hectares. Further expansions involves the addition of four more furnaces at the site, with a total capacity of 600,000t a year.

Africa’s largest glass manufacturer Consol Glass has opened its new bottle manufacturing factory in Nigel, in the Gauteng province of South Africa. This step is the first phase of a planned phased development on a greenfield site of 50 hectares.
The glass factory currently provides 183 permanent jobs, with 30 people working shifts to operate the continuous bottle making processes.
The factory, which was established in collaboration with the city of Ekurhuleni, produces clear glass for beverage markets but will, in the future, expand to include amber and green bottles production for food, alcohol, wine, cosmetics and pharmaceutical industries in future phases. Total cost of the first phase project was ZAR 1.3 billion (USD 159.8 million).
Consol also processes waste glass at a basic cullet-processing unit at Nigel, complementing the company’s facility in Clayville, Midrand, which has a capacity of five million bottles a day.
The Nigel site was chosen for its readily available water supply, Eskom substation and Sasol natural gas pipe network. The glass factory has been designed for two furnaces, and, in this first phase, has a 400t a day furnace and production capacity of 110,000t/y of glass. The furnace can operate 24 hours and 365 days at 1,500°C, and is designed to have a lifetime of ten years.
The second phase of the project will be based on future market demand, and is expected to take about nine months for constructing and commissioning, with a cost of about ZAR 600 million (USD 73.7 million).
The second 400t a day furnace will increase the annual capacity of the plant by 25%, bringing total production to 220,000t/y. This means that the company will then produce about one million tons of glass a year, or about four billion bottles.
Further expansions involves the addition of four more furnaces at the site with a total capacity of 600,000t a year.
The plant has incorporated sustainable elements such as furnace design to save 20% energy, compressed air and cooling fans, and gas-fired annealing furnaces. A central furnace control room, which automates the operations of the furnace and batch plant, consists of programmable logic controller, supervisory control and data acquisition computers.
Emhart Glass supplied next-generation individual section (NIS) technology, and is the first NIS installation in Africa. Unlike traditional machines, which operate on pneumatic technologies, the NIS system uses closed-loop AC servoelectric mechanisms, facilitating precise and repeatable operations. Moreover, it also has flexibility for speeding up production rates and product changes. Servoelectric NIS operations also reduce energy consumption and noise.
The furnace and batch-plant were supplied by Sorg and EME.
The Consol Nigel factory was designed by Capex Projects, while BSM Baker was the structural engineer and civil works consultant.
Meprotech provided the engineering and project management services, and Washtech was the mechanical consultant, while Marcus Kneen was the electrical works consultant. W&L Consultants provided the environmental consultation services.