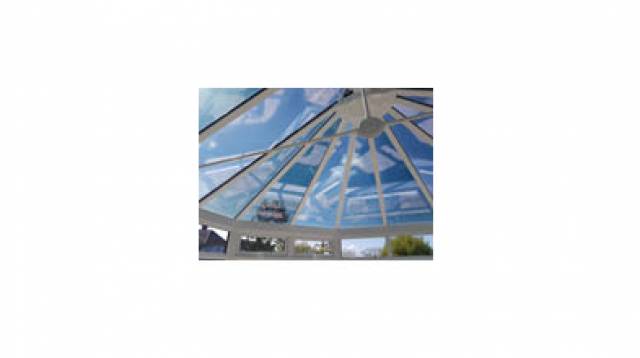 SMARTGLASS® Dynamic has been used for a newly refurbished conservatory

The first ever installation of SMARTGLASS® Dynamic has been praised by the homeowner of the newly refurbished conservatory, that has benefitted from this revolutionary, wireless, self-tinting glass technology.

Phil Stow approached Clayton Glass in February 2017, before the commencement of his conservatory refurbishment project in Houghton on the Hill, Leicester, about the performance characteristics of specialist conservatory glass on dull days. He had already specified SMARTGLASS Ultimate, one of the best performing conservatory roof glass types in the sector.

Jason McCabe, commercial and site director of Clayton Glass, suggested that SMARTGLASS® Dynamic would outperform any other conservatory roof glass on hot sunny days, yet provide light transmission, very close to that of a standard IGU on duller days. The quote below is taken directly from an e-mail received 3 May from Phil Stow.

He commented: ‘My conservatory refit by Mike Jarvis of Custom Conservatories is nearly complete, and I currently have a couple of Ultimate panes which will be replaced next week. This has allowed me to compare and contrast the products literally side by side.

He continued: ‘The Ultimate glass, which was my initial choice, is a pretty glass which performs well and I’m sure I would have been very happy with it. The Dynamic glass however, is in a completely different league in my opinion. In a clear state like your literature states it performs similar to standard glass, giving true colours of the outside world. Furthermore, on dull days, the light transmitted is clearly noticeable as greater than the Ultimate. So far, I cannot comment on hot day performance, but when the sun did briefly emerge and the outside temperature was around 14°C the Dynamic magically tinted to the colour of Ultimate.’

And finally, he added: ‘SMARTGLASS® Dynamic is a fantastic product and I hope it produces the success for Clayton Glass you deserve for developing it. Thank you once again for letting me be one of the first customers to appreciate it.’

Jason McCabe, commercial and site director enthused: ‘That’s an incredible testimonial from a homeowner who is already embracing dynamic living, thanks to SMARTGLASS® Dynamic. Without question this is the future for domestic glazing, particularly in the roofing plane and we look forward to building further sales and working with key partners to bring this technology to the mass market.’