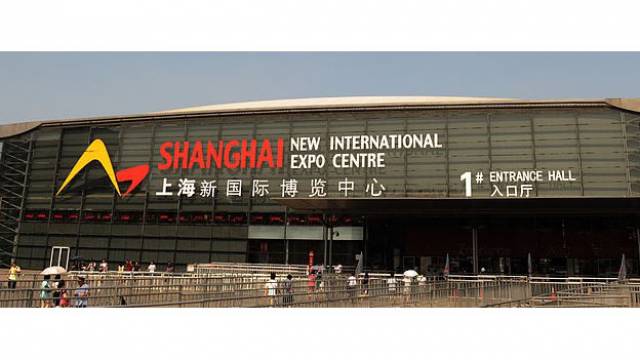 Preparation for China Glass 2014, which will take place 14-17 April, is underway. Next year’s event will take up seven halls of the Shanghai New International Expo Centre, approximately the same area of China Glass 2013.

Following the successful completion of China Glass 2013 in Beijing, the 25th China International Glass Industrial Technical Exhibition (China Glass 2014) is now in active preparation. This event will take place 14-17 next April, and will take up seven halls of the Shanghai New International Expo Centre, approximately the same scale of China Glass 2013.
Many leading glass companies from the world over and most of the regular exhibitors have already ordered their booths at China Glass 2014, with potential exhibitors e expected to demand more exhibition space compared to China Glass 2013. Italy, German and America have already started organizing their state exhibitors groups. The exhibition area of the Italian pavilion is hopefully no smaller than that of 2013 and will be up to 1,700 sq.m. In Germany, the relevant government department pays more attention to China Glass than ever before and trusts Messe Düsseldorf, a renowned fair and exhibition agency in the world, to organize their state exhibitors group. The American group will have famous glass companies from the US, as well as partners from other countries, and are most likely to have the same area in 2014 as the 2013 event.
China Glass 2013, held in May in Beijing, attracted more than 860 companies, including 230 international companies, from 33 countries to demonstrate their products and technologies through this showcasing platform. The number of exhibiting countries surpassed the figure of 30 for the first time, indicative of increasing international influence of the China Glass exhibition. The four-day fair attracted great visitor participation, and nearly 30,000 professional visitors from over 80 countries, including visiting groups from India, Vietnam and Korea.
The development of China’s glass industry is now faced with both opportunity and challenge. On the one hand, severe excess of flat glass productivity is exerting great pressure to the development of glass industry, and on the other hand with a slow turnaround of the global economy, and sound implementation of a series of policies by the Chinese Government for stable economic growth, a favourable momentum of steady economic recovery is emerging, which brings an opportunity to the development of glass industry. As a weather vane of China’s glass industrial development, the China Glass exhibition also faces the coexistence of opportunity and challenge. In order to present a more successful international glass exposition to global glass communities, the Organizer is now taking effective countermeasures to actively respond to difficulties, such as enriching activities during the exhibition, diversifying contents of the fair and exchanges, trying to control the rise of booth rent, taping potentialities while reducing expenditures so as to lower the expenses and maximize the benefits of the exhibitors even though the rent of exhibition halls and the costs in many other aspects have increased considerably.
China Glass 2014 looks forward to receiving queries from glass-related enterprises, companies, manufacturers, institutions and agencies from the word over, who are interested in visiting the event.