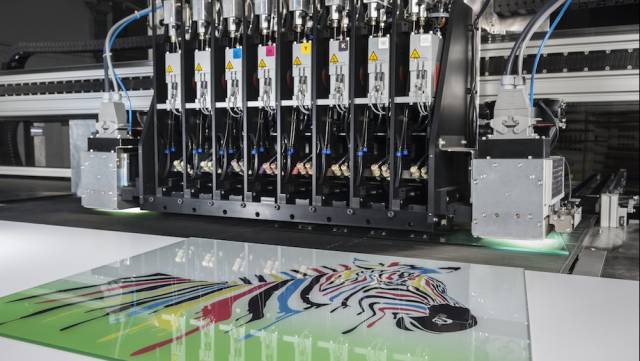 Cefla Finishing, in keeping with its mission to maintain and strengthen its world leadership in decoration, has acquired a majority share in Jet-Set Srl.

This dynamic Bergamo-based company, established in 2012, specialises in the design and production of industrial digital printers, both multipass and single pass. The company still has the characteristics of a start-up, but already has a wealth of cross-field experience as regards application on different materials with various ink types and different technologies. Jet-Set operates as an OEM (Original Equipment Manufacturer) for many companies in several industries, from ceramic to textile, from plastic and metal goods to the decoration of furnishing and construction components. It counts numerous national and international top-level players among its customers, including Cefla itself. While still a young company, Jet-Set is one of the 15 ambassadors of InPrint, the world’s biggest industrial printing technology fair, alongside names such as Agfa Graphics, Ricoh, Inkjet Alliance and Xaar.
This transaction has resulted in Cefla holding more than 60% of Jet-Set’s share capital via direct purchasing of shares and the injection of new capital. The set-up of the operation thus sees Cefla as the majority partner alongside the Jet-Set partners, working together to achieve shared goals that will focus on continuous company development and growth over the coming years.
“The takeover of JetSet is a key step for us”, states Alberto Maestri, managing director of Cefla Finishing, “because it allows us to boost our already significant know-how in an industry (i.e. digital decoration) with strong growth potential on both Cefla Finishing’s reference markets and in alternative sectors such as plastic, fibre cement and metal where the company has been investing for some time. We’re convinced that the high-level skills of JetSet and their broad experience will allow Cefla to develop a highly innovative, technologically top-of-the category product for our businesses”. Sergio Ferrari, founding partner and managing director of JetSet, also expressed his satisfaction with the outcome of the operation: “We see Cefla as an ideal partner that, thanks to financial solidity and a far-reaching presence on international markets, will allow us to continue focusing on our core business, which is the R&D and innovation of industrial digital printing – the passion for which led to the founding of our company”.