British Glass on the exclusion of bottles from DRS

‘The right decision for the economy, the environment, and for UK citizens’ to keep glass bottles out of England and NI’s future Deposit Return Scheme 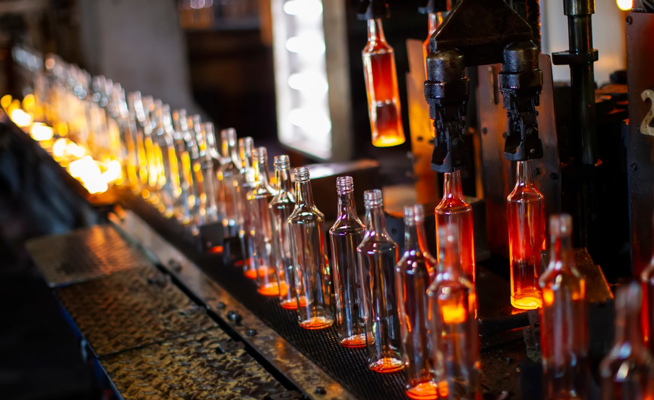 The UK Government and Northern Ireland Executive have confirmed that glass beverage bottles will not be in scope of a future Deposit Return Scheme (DRS), as part of an official response to the Government’s previous consultation on the proposed scheme.

A wide range of UK businesses from across the glass industry, beverage, retail and hospitality sectors have long been calling on all governments across the UK to omit glass bottles from their respective schemes, and instead recycle all glass packaging as part of improved, consistent kerbside collections within a world-leading system of Extended Producer Responsibility. British Glass are delighted by this commitment to exclude glass from the future scheme in England and Northern Ireland.

While a DRS works for some packaging materials like plastic and aluminium cans, it is not the right solution for glass.

The evidence is clear – including glass in the DRS would have increased the carbon emissions in our atmosphere by two million tonnes, increased plastic consumption, and split glass food and beverage packaging into two waste streams – to the detriment of both.

And what’s more – the public would prefer to see glass recycled at their doorstep; new polling from Savanta shows that two thirds of UK adults (69 percent) say that recycling glass bottles through household waste collections would be more convenient than returning them to a dedicated return point.

However, British Glass was disappointed to see that the Welsh Government plan to include glass in its scheme, creating major concerns about how the schemes will operate and interact across the UK. This is especially since Wales already has an impressive glass kerbside recycling rate, capturing 87.3 percent of glass bottles and jars through household collections. This shows that the current system is working, whereas the evidence shows that including glass in a DRS could in actual fact jeopardise recycling rates – contrary to the scheme’s objectives.

Given the significant land border between England and Wales, the divergence in the scope of materials raises serious questions about labelling and logistics for producers and retailers. Meanwhile, for residents in close proximity to the border, and indeed more broadly those travelling between England and Wales, it risks creating more, not less, confusion about how to recycle bottles properly, to the detriment of both kerbside collections and a DRS.

Given the complexity of adding glass to a DRS, particularly given the issues of divergence, and the impact this will have on businesses and consumers, British Glass is calling on the Welsh and Scottish governments to think again on glass’ inclusion within their respective schemes. Not only would this help overcome very real issues around interoperability, but also expedite the implementation date of the schemes across the UK.

Speaking following publication of the response by governments to the joint consultation, British Glass’ Chief Executive Dave Dalton said, “DEFRA and the Northern Ireland Executive are absolutely right to keep glass bottles out of Deposit Return Schemes in England and Northern Ireland.

“Including glass bottles in a DRS would have led to over two million more tonnes of CO2 in our atmosphere, split glass food and beverage packaging into two waste streams, reduce the amount and the quality of recycled material available to be used again in glass bottles and led to more plastic packaging on the market.

“We already have a convenient solution to improving glass recycling, and it’s at our doorsteps. By recycling glass through consistent kerbside collections, Extended Producer Responsibility and campaigns to promote a better culture of recycling, we can meet the glass industry’s recycling rate target of 90 percent by 2030.”