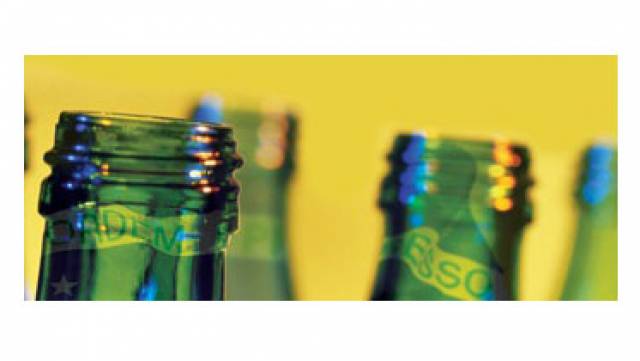 At this year’s edition of Glassman, to take place 12-13 March at Fecomercio in São Paulo, Brazil, the leading players in Brazil’s container glass industry will meet with international suppliers.

Brazil’s food and drink glass industry is set to grow thanks to increased global interest. International glass companies have said Brazil is ‘the place to be’ thanks to growing demand, its strategic location and cost-competitive prices.
Several international glassmakers have already set up new manufacturing plants in Brazil, boosting employment and providing a much-needed injection to local communities.
In 2012 Brazil had the largest economically active population out of all the BRIC nations with 68.6% compared to China rate of 53.6% and India and Russia’s 53%.
Private consumption growth is also growing and in the past 10 years an estimated 50 million people in Brazil have succeeded in moving out of poverty status and into a larger and ever growing consumer class, with an accompanying disposable income.
This steady growth in Brazil’s consumerism trends has ensured the country’s demand for food and drink glass, known as container glass, has risen consistently over the past decade.
The overall growth of these sectors has resulted in a nearby and expanding export market for the country’s container glass manufacturers.
Such has been the rise of Brazil’s container glass industry that international firms have now taken an interest in the country. One of those was global glassmaker Verallia, which set up a glass plant in Estancia in the state of Sergipe in the north east of Brazil. The EUR 70 million plant will produce glass bottles and jars for the food and beverage industries and should begin activity in 2015. It is Verallia’s fourth production facility in Brazil and the first in the north east of the country. The site will employ around 485 people during the construction phase and 195 (including sub-contractors) when fully operational.
Another international player is the German Engineering Federation (VDMA), which recently set up a liaison office in Sao Paulo, which is regarded as the heart of the Brazilian glassmaking industry. The VDMA’s Executive Director, Brazil, Thomas J.A. Ulbrich, said Brazil was one of the fastest growing markets for German glass machinery industry. Between 2003 and 2011, the total number of German machines brought to Brazil had tripled.
Against this backdrop, the leading players in Brazil’s container glass industry will meet with international suppliers at the forthcoming event Glassman South America 2014. The exhibition and conference will take place 12-13 March at Fecomercio in São Paulo. The event showcases leading suppliers of equipment, technology and services used in the manufacture of all types of container glass. Glassman’s Greg Morris has co-organised the conference alongside Brazilian glass association ABIVIDRO. Morris said that the conference speakers include glass manufacturers Verallia, Saint-Gobain and Owens-Illinois – the largest glass manufacturer in the world and which has a site in Sao Paulo. He said: “Brazil’s glassmaking industry is regarded as one of the most exciting and fastest growing in the world. Glassman South America will again be the meeting point for the Brazilian glass industry and its suppliers. The show was last in Sao Paulo in 2010 and was a huge success. In the intervening four years the Brazilian container glass industry has increased dramatically and we believe this will be reflected at this year’s event.”
Visitors can register for a free entry pass at www.glassmanevents.com/south-america