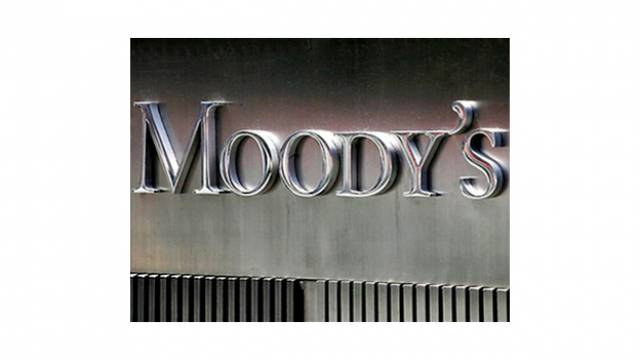 Bormioli Rocco has seen its ratings revised and outlook downgraded from stable to negative by Moody’s. According to Moody’s, the negative outlook reflects the decline in Bormioli’s profitability in 2014 and the increased uncertainty regarding its performance outlook for 2015.

Moody’s Investors Service has affirmed Bormioli Rocco Holdings S.A.’s B2 corporate family rating (CFR), B2-PD probability of default rating (PDR) and B3 senior notes rating, and revised the rating outlook to negative from stable.
“The negative outlook reflects the decline in Bormioli’s profitability in 2014 and the increased uncertainty regarding Bormioli’s performance outlook for 2015,” says Tobias Wagner, Assistant Vice President – Analyst at Moody’s. “Bormioli is unlikely to recover the EBITDA lost earlier in the year in the last months of 2014.”
The outlook change to negative from stable reflects the decline in company-reported EBITDA margins from continuing operations to 10% in the nine months to September 2014 after 12% in the prior year period. The decline was driven, amongst other, by significant refurbishment activities undertaken in the first three quarters of 2014, including planned rebuild works that resulted in some ongoing efficiency issues, for example at one of the three furnaces (F3) at the company’s main pharma glass packaging site Bergantino, and some unexpected maintenance needs at one of the furnaces at the Trezzano Food & Beverage site. In Moody’s view, it appears unlikely that Bormioli will be able to recover lost EBITDA in the remainder of 2014 and, as a result, Moody’s expects Debt/EBITDA (on a Moody’s-adjusted basis) to rise towards 5.9x and, including the additional non-recourse factoring undertaken in 2014, to around 6.8x for 2014. While factoring improved the working capital position of Bormioli in 2014, free cash flow excluding these one-off benefits continues to remain negative given meaningful interest payments and ongoing high capex levels.
The change to a negative outlook also reflects the increasing uncertainty regarding Bormioli’s operating performance outlook for 2015. Although Moody’s understands that Bormioli has identified the causes of operational issues at the F3 Bergantino furnace and the San Vito site, which houses the other two remaining pharma glass furnaces, and has taken steps to mitigate those issues, they are not fully resolved at this stage. Moody’s also expects Bormioli to continue to visibly invest in 2015 along its scheduled maintenance plan, which likely continues to weigh on free cash flow generation. Any additional unexpected refurbishment needs would negatively impact the rating and, unless EBITDA levels significantly improve in 2015, Bormioli’s ratings are at risk of being downgraded.
Also adding to the uncertainty regarding Bormioli’s outlook in 2015 is the company’s ongoing analysis to better define its medium-term industrial strategy and the changes to the management structure with the resignation of the Executive Chairman in November 2014. Further changes included the addition of two new General Managers for its two largest divisions Pharmaceutical Glass & Plastics and Tableware. Those divisions continue to face different challenges and business dynamics. In addition, the CEO of Bormioli’s private equity owner Vision Capital assumed the role of non-Executive Vice-Chairman.
Nevertheless, the B2 corporate family rating (CFR) continues to reflect Bormioli’s established market position and long-standing customer relationships, particularly in its pharmaceuticals packaging operations, with meaningful switching costs for customers as well as some barriers to entry from products that require customer validation processes and regulatory approval. The Tableware division has also maintained a relatively stable performance at company-reported EBITDA level, despite some exposure to lower growth countries in Europe. However, the B2 rating also incorporates the persistent challenge to contain and offset cost inflation. It also reflects the high interest cost and significant investments that result in continued negative free cash flow generation, which positions the company weakly at the current rating.
As of September 2014, Bormioli had EUR 24 million of cash and EUR 55 million of undrawn liquidity available under a number of mainly 1-2 year committed local financing arrangements. Bormioli also substantially increased the use of non-recourse factoring to EUR 48 million factored receivables (or EUR 39.5 million of cash advanced) as of September 2014 under its GE Capital (EUR 50 million) and Ifitalia (EUR 20 million) factoring lines. Moody’s notes that, while Bormioli extended a range of local facilities in 2014, additional facilities that are due for annual renewal are the undrawn, committed EUR 5 million Cariparma facility and EUR 14.5 million asset-based Banco Popolare facility which expire in May and June 2015 respectively. In addition, the undrawn EUR 15 million BNP facility carries a financial maintenance leverage covenant at 4x, which may be challenging to comply with for Bormioli by June 2015. Moody’s would expect Bormioli to address these upcoming maturities well ahead of time, as it has done in the past, and extend liquidity arrangements as and when needed on a timely basis.
Bormioli’s PDR of B2-PD is aligned with the CFR, reflecting an assumed recovery rate of 50%. The B3 rating and loss given default assessment (LGD) of LGD5 assigned to the group’s EUR 250 million senior secured notes issued by Bormioli Rocco Holdings S.A. is one notch below the CFR and reflects the structural subordination with regards to local facilities and operating liabilities at operating subsidiary levels (ie Bormioli Rocco S.p.A).
While Moody’s does not expect any ratings upgrade in the next 12 months, positive rating pressure could gradually build if Bormioli achieves visible and sustainable EBITDA growth with EBITDA margins improving towards the mid teens, displays visible deleveraging so that debt/EBITDA (excluding factoring) falls below 4x on a sustainable basis and returns back to (at-least) neutral free cash flow generation (all as adjusted by Moody’s).
Bormioli’s ratings are likely to be downgraded if Moody’s believes that the company will be unable to significantly recover and increase EBITDA in 2015, for example from continued operational issues or an inability to pass on cost inflation. Similarly, continued negative free cash flow generation, a debt/EBITDA ratio (excluding factoring) that remains above 5.5x in 2015 or a weakening in the company’s liquidity profile would likely result in a downgrade.
Headquartered in Fidenza, Italy, Bormioli Rocco Holdings S.A. (Bormioli) is a producer of glass and plastic packaging products used in the pharmaceutical as well as in the food & beverage industry. Bormioli is also a manufacturer of glass tableware for home and professional use, with strong brand recognition in Italy.