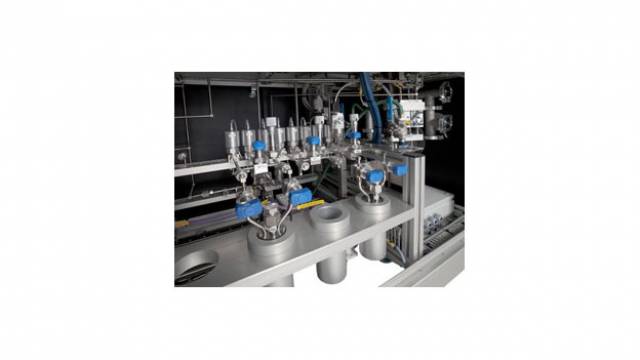 Mordovia State University has officially opened a laboratory to research and study thin-film technologies (100 nm and less) using atomic layer deposition (ALD) with Beneq’s TFS 200 equipment. The University and the company also signed an agreement for long-term cooperation in the field of thin film technologies.

On 4 September 2013, Mordovia State University officially opened a laboratory to research and study thin-film technologies (100 nm and less) using atomic layer deposition (ALD) with Beneq’s TFS 200 equipment. The laboratory opening is a natural next step in implementing the strategy to establish national nanotechnology in Russia. This has been made possible thanks to the rapid technology development in synthesizing nanostructured materials using the ALD process.
During the official opening ceremony, Mordovia State University and Beneq signed an agreement for long-term cooperation in the field of thin film technologies. With its high scientific competence and esteemed academic level, Mordovia State University is moving from theoretical research into implementing practical research and development of innovative products based on ALD technology.
This is thanks to the close collaboration the university has had with Beneq, a leading supplier of production and research equipment for ALD and aerosol coatings and the world’s premier manufacturer of thin film electroluminescent (TFEL) displays.
“Beneq’s TFS 200 was selected for the laboratory because of the wealth of features it offers and its ability to quickly be reconfigured to take full advantage of ALD. We also value the amount of positive feedback that TFS 200 has received from researchers around the world,” says Sergey Vdovin, Rector of Mordovia State University.
ALD technology provides the ability to manage material properties at an atomic level when applying layers of almost any element composition, structure or thickness to simultaneously achieve the required level of performance and precise parameter control. Practical applications of nanotechnology include the use of ALD thin films in photovoltaics, in optical coatings for strengthening glass, in barrier coatings to protect against tarnish and corrosion, and in a variety of barrier films for electronics.
Laboratory activities will be aimed at offering a wide range of services: ALD applied research studies, demonstrating ALD opportunities, integrating ALD into various industries, implementing international ALD experience, manufacturing and analyzing samples, coating services and pilot manufacturing, as well as technology training and applying ALD equipment.
Eltech St. Petersburg and Beneq will provide the necessary equipment and laboratory support.
Beneq, a leading supplier of production and research equipment for thin film coatings, is also the world’s premier manufacturer and developer of thin film electroluminescent (TFEL) displays. Beneq thin film equipment is used for thin film coatings in solar photovoltaics, flexible electronics, strengthened glass and other emerging thin film applications.