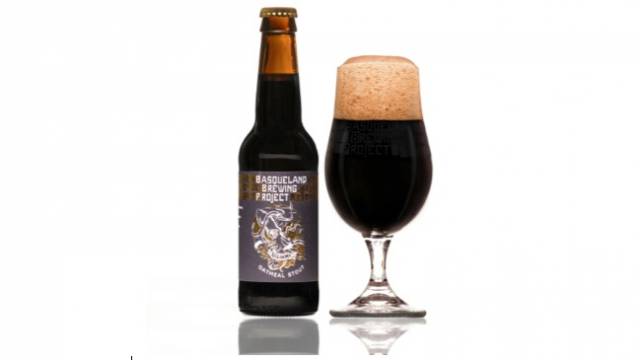 Three Americans at the forefront of the craft brewing movement in Spain have chosen Beatson Clark bottles for the innovative beers they are brewing in San Sebastián.

Kevin Patricio, Ben Matz and Benjamin Rozzi founded the Basqueland Brewing Project (BPP) to supply high-quality, flavoursome beers to the growing craft beer market in northern Spain.
Their new brewery opened earlier this year and the beers they produce have been bottled in Beatson Clark’s standard 330ml amber beer bottles with a standard crown neck finish.
“We chose Beatson Clark’s bottle because of its quality,” said Benjamin Rozzi. “It was an easy decision because there is a night and day difference in the quality of Beatson Clark’s bottles and those of its competitors.
“At BBP we strive to make the freshest and highest quality beers available in our marketplace, and these bottles will help us to achieve that.” The idea for BBP was born when Kevin Patricio, a chef who runs La Madame restaurant in San Sebastián, commented to his wine supplier Benjamin Rozzi on the lack of high-quality beer available to his customers.
When he added a craft beer list to the menu sales took off, so Patricio and Rozzi invited brewer Ben Matz to Spain to help them create a new brewery.
Matz had been Senior Brewer at Stone Brewing in San Diego and Wendlandt Cerveceria in Mexico, and he is now Head Brewer and Co-owner at BBP.
“The craft brewing sector is a big growth area for us, not just in the UK but all over the world,” said Charlotte Taylor, Marketing Manager at Beatson Clark.
“We now supply our beer bottles across Europe and to the United States – wherever the craft beer revolution is taking hold.
“Now that our new amber furnace is in full production we have additional capacity to meet the demand from this rapidly growing sector.
“We’re known in the industry for combining quality products and service with the flexibility that small breweries need,” Charlotte added. “The craft beer sector is a perfect fit for our small production runs and flexible approach.”
BBP currently has six beers on shelves: Aupa, a pale ale smelling of bread and tasting of pine and citrus; Arraun, an amber ale with tropical fruit aromas; Equinox wheat ale; Imparable, a well hopped IPA; Begi Haundi oatmeal stout and Captain Norbert Kölsch, a dry-hopped German style lager.
The brewery won two medals at the Brussels Beer Challenge earlier this month: a gold medal for Captain Norbert Kölsch and a certificate of excellence for Aupa Pale Ale.