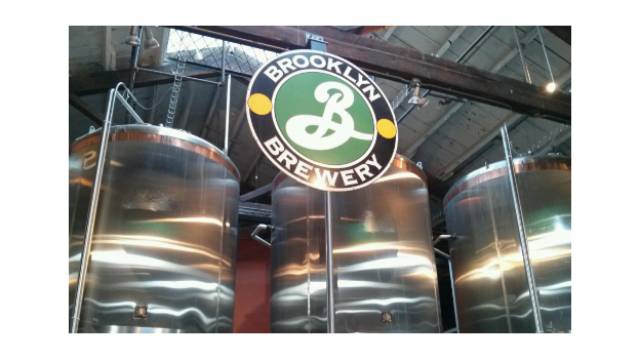 Leading UK glass manufacturer Beatson Clark is producing a premium bespoke bottle for award-winning Brooklyn Brewery in New York, US.
Local 1, Local 2, and Sorachi Ace are part of Brooklyn Brewery’s family of Big Bottles – special brews that are 100% refermented in the 750ml amber glass bottle and capped with a champagne style cork and wire closure. Brooklyn Brewery operates the largest bottle refermentation programme in the US.
It will also use the elegant embossed bottle for special releases including Black Ops, Wild Streak, and Silver Anniversary Lager.
Brooklyn Brewery was founded in 1988 by former Associated Press correspondent Steve Hindy and ex-banker Tom Potter, who aimed to bring good beer back to New York City.
The brewery is celebrating its silver anniversary this year and now exports to 20 countries including Sweden, the UK, Canada and Australia.
Eric Ottaway, General Manager of Brooklyn Brewery, is pleased to have found a British company with the design and production skills to produce a premium bespoke bottle for the beers.
The 750ml amber bottle has the brewery logo embossed on both sides, with ‘Brooklyn Brewery’ embossed on one side and the words ‘Brewed in Brooklyn’ on the other.
“Premium products like the Brooklyn Beer are a perfect fit for both companies,” Lynn added. “We are looking forward to working together on many similar projects in the future.”