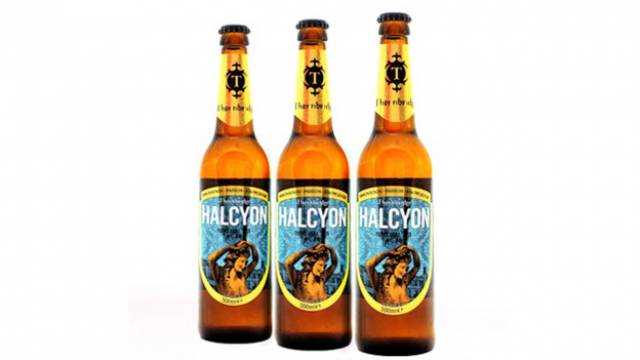 Beatson Clark has been commissioned to design a bespoke 500ml amber glass bottle with a standard crown neck finish. The bottle will feature the Thornbridge Brewery crest around the shoulder and the strapline ‘Innovation Passion Knowledge’ around the base.
Emilio Arciello, buying executive at Thornbridge Brewery said: “We’re delighted to be working with Beatson Clark as it means we’re paying substantially less for a bespoke custom bottle.”
“The new design is much better looking than our current bottle, and as it’s coming from Rotherham rather than overseas our carbon footprint and our shipping costs will be reduced.
“We’ve been very impressed with Beatson Clark’s design and production skills and we’d definitely recommend them to other people.”
Charlotte Taylor, marketing manager at Beatson Clark, said: “In a crowded marketplace craft brewers are using embossing and bespoke bottle designs to differentiate their products from their competitors. The range of bottled beers on offer in pubs, bars and supermarkets is extensive, so the appearance and design of the product are really important.
“We have already produced bottles for breweries such as Meantime Brewery in London and Brooklyn Brewery in New York and we were very pleased to be asked to create a new bottle for Thornbridge.”
Thornbridge Brewery currently brews 19 bottled beers, including Otto Weizen Doppelbock (8%), Sequoia American Amber Ale (4.5%), Saint Petersburg Imperial Russian Stout (7.4%) and Halcyon Imperial IPA (7.4%).
The brewery exports 40% of its beer all over the world.