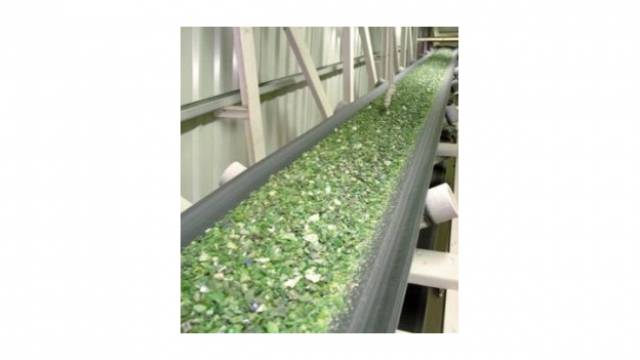 Ardagh Group has pioneered a number of initiatives to overcome potential difficulties when re-melting cullet that is typically stored in outdoor bunkers, where it is subject to variations in the climate particularly during winter months.

With ever increasing recycling targets to meet, manufacturers of glass bottles and jars need to make sure that they can feed their furnaces with the highest quality of cullet and maximise the energy and carbon saving benefits that this offers.
To achieve this outcome manufacturers have to overcome a number of potential difficulties when re-melting cullet.
Ardagh Group has pioneered a number of initiatives to overcome such problems, the latest of which addresses the perennial issue of the weather.
When it is delivered to the glass plant cullet is typically stored in outdoor bunkers, where it is subject to variations in the climate particularly during winter months.
If it has accumulated significant levels of water, snow and ice, it will require higher temperatures, and thus more energy, to re-melt it in the furnace.
The task facing the operations team at Ardagh’s Nienburg plant in Germany was to find a simple and environmentally effective solution.
The obvious approach is to pre-heat the ‘frozen’ cullet prior to feeding it into the furnace.
But because a traditional preconditioning process can use a lot of energy, an alternative approach of capturing heat already generated elsewhere in the plant was sought.
Investigations showed that the most likely source of waste heat was around the furnaces.
The challenge would be to find the best way of recovering and transporting this hot air to the cullet.
It was met by drawing hot air at 80°C across the furnace, blowing it into a specially developed heat exchanger charged with energy to raise the temperature to 120°C and piping it to the bunkers.
This approach has proved the most energy efficient means of defrosting, drying and preheating the cullet.
Annual energy savings of EUR 116,000 have been achieved at Nienburg, together with an annual CO2 reduction of 334 tonnes.
Johan Gorter, Ardagh Group CEO, Glass, Europe, commented: “This is one of many planned actions we are taking throughout our European plants as we strive to meet the very highest sustainability performance standards.”