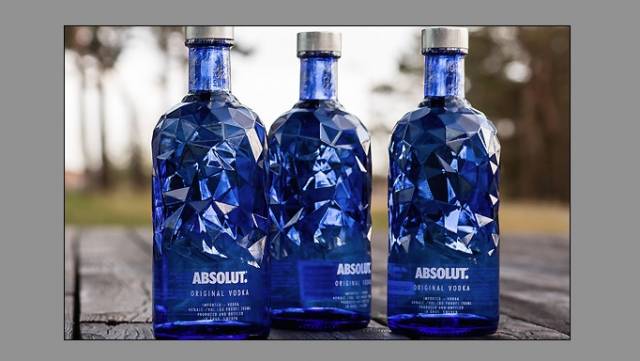 Ardagh Group has continued its productive and highly creative relationship with Absolut with the launch of its latest limited edition bottle, Absolut Facet.

Once again, Ardagh designers and technologists, working closely with their customer, have achieved outstanding innovation in glass packaging by developing a new colour and shape to create this unique blue bottle featuring an asymmetric design.
Gaia Gilardini, Global Communications Director, Absolut, explains the origin and inspiration for the bottle’s design: “With the Absolut Facet limited edition bottle, we want to celebrate the unexpected and encourage people be open to the different journeys a night could take you. We believe the best nights are the ones that happen out of the blue — unplanned and spontaneous. To further demonstrate this, our latest #AbsolutNights campaign also aims to inspire people to celebrate spontaneity and the connections you make along the way.”
The round edges of the Facet bottle have been cut like a gem, creating a number of faces that catch the light in unique ways. Achieving this striking effect and recreating the precise colour was one of several challenges that Ardagh met before producing the two and a half million bottles at its plant in Limmared, Sweden, as Fredrik Källqvist, from Ardagh describes:
“We have been closely involved in several ground breaking Absolut projects such as ‘Unique’ with four million differently designed bottles, but each new project encourages us to raise the bar even higher and Facet is no exception. Bringing such a complex design into volume production required painstaking and very detailed preparation, as did replicating the colour to the highest degree of consistency across the complex design and to the required wall thickness.
“Creating such packaging innovation is only possible when you have the total support of your customer, and as with all our joint projects, our successful working relationship with the Absolut team assured that it was a smooth process.”
Absolut Facet will be launched by Absolut at a global event in Amsterdam inspired by the design of the bottle. The event will be in collaboration with the Amsterdam Dance Event (19-23 Oct 206).