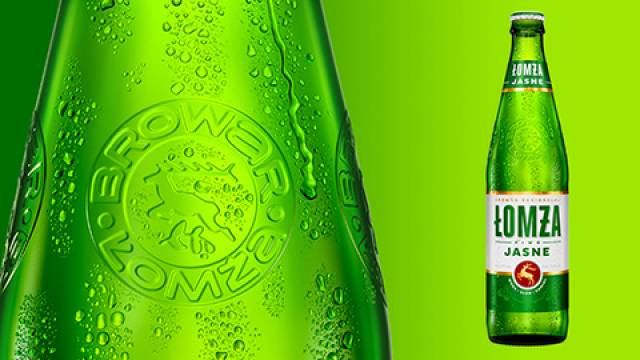 As part of a new communication strategy, Łomża Brewery, has launched the Łomża Jasne beer in a premium new bottle design, introducing modern features to the sleek bottle that consumers love. The new design emphasises the slim shape, and the neck of the bottle has been embossed with the brewery’s logo, reflecting Łomża brand’s history.

The design brief was to create glass packaging that captured Łomża’s historic identity while retaining key brand icons and features.  Working in collaboration with Ardagh Group in Poland, in-house designers used their creativity and technical expertise to develop a range of different bottle designs to meet the brief, from which the final shape was selected.

“The bottle’s fresh look is achieved using two design techniques: traditional embossing and debossing.  It has a 500ml capacity and is tall and imposing, giving it real shelf stand-out”, explains Roman Sobecki from the design department of Ardagh OEG Design, Gostyń glassworks.

“Łomża beer has been on the market for 49 years. During that time, we have gained a well-established position in the beer market and have captured the hearts of successive generations of beer lovers. The new communication strategy shows that we listen to our consumers and are responding with a stunning, premium new bottle “says Maciej Dymalski, Brand Marketing Manager of Van Pur – Łomża’s brand owner.

Łomża beer is an alternative to both mass market and craft beers. “We embrace the authenticity of traditional beer brewing, which we know guarantees a quality product. We don’t mass-produce, nor do we over-complicate the process as some craft beers do.  We want to make Łomża the best regional beer in Poland, hence the rebranded image that responds to consumer interest in authentic products” explains Maciej Dymalski. 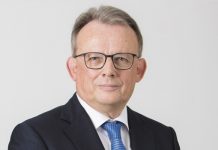