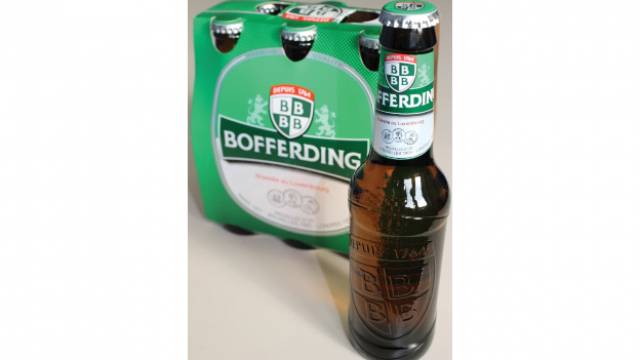 Luxembourg’s Bofferding Brewery is to use a customized glass bottle for its Bofferding Pils range for the first time.
It selected a 33cl bottle that was designed and produced by the Ardagh Group.
The distinctively shaped bottle with intricate full body engraving features the famous Bofferding ‘B’.
Ardagh’s designers were also able to keep the bottle’s weight down to a respectable 205g, and make sure that its manufacture at the company’s Bad Münder plant in Germany proceeded smoothly and to deadline.
“Consumer research showed that our customers would favour glass packaging for this particular range of beers, and the creation of a distinctive shape and styling has proved very successful in the market,” said Thierry Krombach, Marketing Director at Bofferding.
The Brasserie Nationale Bofferding is the result of the merger between two family-owned breweries, with the oldest one established in Luxembourg in 1764.