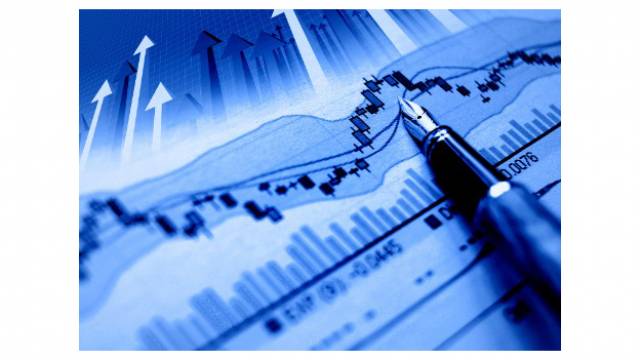 Apogee Enterprises, Inc.’s fiscal 2015 first-quarter results show revenues of USD 210.9 million, up 18%; operating income of USD 7.8 million, an increase of 28%; earnings per share of USD 0.21 up 50%; backlog of USD 385 million up 28%, or USD 83 million; and cash and short-term investments at USD 18 million.
“In our first quarter, we had strong growth in revenues, which were up 18%, and earnings per share, which were up 50%. In addition, our backlog grew 28%, or USD 83 million, from the prior-year period,” said Joseph F. Puishys, Apogee chief executive officer. “That said, our good results were somewhat impacted by the severe winter weather that led to contraction in the Canadian commercial construction market, resulting in a first-quarter loss for our Canadian storefront acquisition rather than the expected profit.
“The severe winter weather early in the first quarter impacted the profit of the entire Architectural Framing Systems segment,” he said. “This earnings per share impact was offset by the final distribution for a previously discontinued European business, reported as other income.
“I am pleased that revenues grew in all four segments, and backlog grew for all of the architectural segments,” said Puishys. “Operating income improved significantly in our two largest segments – Architectural Glass and Architectural Services, which each had healthy conversion rates. In the Architectural Framing Systems segment, we saw improved earnings in the window business. The Large-Scale Optical segment delivered a 20% operating margin after investing for growth, including for capacity, new products and new market sectors.
“With our significant first-quarter backlog growth, solid operational performance and a stronger outlook for Architectural Glass, combined with growth in our end-market sectors that appears sustainable moving ahead, I expect an exceptional year in fiscal 2015,” he said.
With regards to Architectural Glass, revenues of USD 79.6 million were up 6% with growth in the US and international market sectors. Operating income grew to USD 2.8 million, doubling prior-year period earnings of USD 1.4 million on higher volume resulting in better capacity utilization. Operating margin was 3.5%, compared to 1.8%.
Architectural Services saw revenues of USD 51.6 million, up 11% on broad-based growth. Operating income was USD 0.2 million, compared to a prior-year period loss of USD 1.0 million. Operating margin was 0.4%, compared to negative 2.1%. Bottom-line growth resulted from good execution and improved project margins.
Architectural Framing Systems reported revenues of USD 64.2 million, an increase of 44%, with organic growth of 22% excluding the Canadian acquisition. The three US businesses in the segment all had double-digit growth, with the window business delivering especially strong growth compared to a challenging prior-year period. Operating income was USD 1.9 million, down 6% from USD 2.1 million. Operating margin was 3.0%, compared to 4.6%. Income growth in the US businesses was offset by a loss in the Canadian business, which saw improvement in order levels in the latter part of the quarter.
Large-Scale Optical Technologies saw revenues of USD 20.1 million, up 3%. Operating income of USD 4.0 million was down 16% from USD 4.7 million with increased investments in research and development for new products and new market sectors, as well as in manufacturing capacity. Operating margin was 19.8%, compared to 24.1%.
Consolidated Backlog was USD 385.1 million, up 17% from USD 329.6 million at the end of fiscal 2014 and up 28% from USD 301.8 million in the prior-year period. Approximately USD 307 million, or 80%, of the backlog is expected to be delivered in fiscal 2015, and approximately USD 78 million, or 20%, in fiscal 2016 and beyond.
Debt was USD 20.7 million, consistent with the prior-year period. Almost all the debt is long-term, low-interest industrial revenue bonds. Cash and short-term investments totalled USD 17.7 million, compared to USD 28.7 million at the end of fiscal 2014 and USD 69.7 million in the prior-year period. In fiscal 2014, completed two acquisitions for approximately USD 54 million in cash. Non-cash working capital was USD 87.0 million, compared to USD 77.3 million at the end of fiscal 2014 and USD 68.2 million in the prior-year period. Capital expenditures in the first quarter were USD 8.7 million, compared to USD 1.5 million in the prior-year period. Depreciation and amortization was USD 6.8 million.
“I continue to believe that fiscal 2015 will be another exceptional year for Apogee,” said Puishys. “We have raised the bottom end of our earnings per share range, and now expect to earn USD 1.40 to USD 1.50 per share on revenue growth of 15 to 20%. This is improved from our previous EPS outlook of USD 1.35 to USD 1.50.
“As our commercial construction market sectors continue to strengthen, we are expecting a better year for Architectural Glass than originally anticipated,” he said. “We continue to expect that the acquisitions made last year will be accretive to our earnings in fiscal 2015 as the Canadian storefront business saw improved backlog and customer commitments as the first quarter ended. At the same time, we expect ongoing backlog growth at improving margins, providing improved visibility for fiscal 2015 and into fiscal 2016.
“In fiscal 2015, we again expect to outperform domestic commercial construction market growth by approximately 5%age points,” said Puishys. “The outlook for US commercial construction markets, based on Apogee’s lag to McGraw-Hill forecasts for the segments we serve, is for high single-digit growth this fiscal year. In Canada, despite the weak start to the year, commercial construction markets are expected to grow for the remainder of the fiscal year.
“We expect that capital spending for fiscal 2015 will be approximately USD 40 million as we invest for growth, product development capabilities and productivity, as well as in maintenance,” he said. “We again expect to be free cash flow positive after this level of investments.” He added that the fiscal 2015 gross margin is anticipated to be approximately 23%.
“We believe that our strategies to grow through new geographies, new products and new markets will put Apogee on a path to USD 1 billion in revenues by the end of fiscal 2016,” Puishys said. “At the same time, we believe we can achieve a 10% operating margin in this approximate timeframe, in part through our focus on productivity and operational improvements.”