Apogee’s board of directors has elected a new director, Lloyd E. Johnson

Apogee’s new director is Lloyd E. Johnson, 63, former global managing director, finance and internal audit, Accenture Corporation, who was elected to a three-year term and will serve on the board’s audit committee.

Apogee Enterprises, Inc., which provides distinctive solutions for enclosing commercial buildings and framing art, has announced that its board of directors elected a new director, Lloyd E. Johnson, 63, former global managing director, finance and internal audit, Accenture Corporation.
From 2004 to 2015, Johnson was global managing director, finance and internal audit, for Accenture Corporation, responsible for leading the USD 33 billion global management consulting company’s corporate audit organization and providing counsel and leadership in finance and strategic planning. Prior to Accenture, Johnson led M&A, internal controls and audit for Delphi Automotive from 1999 to 2004. Earlier in his career, Johnson served as vice president, finance and audit at Emerson Electric Corporation, and he held leadership roles with Sara Lee Knit Products, a division of Sara Lee Corporation. He began his career with Coopers & Lybrand, now part of “big four” accounting firm PwC.
He was elected to a three-year term and will serve on the board’s audit committee. With the addition of Johnson, the Apogee board currently has 10 members.
Apogee Enterprises, Inc. headquartered in Minneapolis, is a leader in technologies involving the design and development of value-added glass products, services and systems for the architectural and picture framing industries. 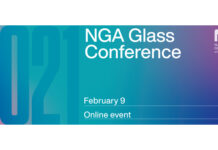 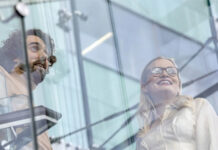