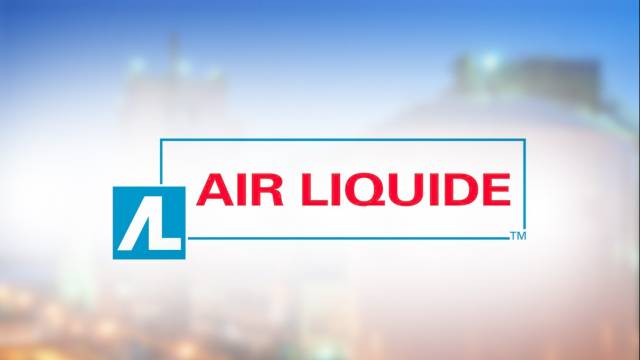 Commenting on the 2015 results, Benoît Potier, Chairman and CEO of Air Liquide, said: “The Group achieved a solid performance, delivering once again an increase in revenue, operating margin and net profit, in the context of slower global growth in 2015. Growth in Gas & Services sales improved quarter after quarter.
Business growth was driven by momentum in Healthcare and Electronics, and in Large Industries by higher volumes from new contracts. From a geographic perspective, it was driven by Europe’s progressive recovery and by the developing economies.
Europe benefited from the good development in Healthcare and an improvement in certain industrial sectors in the 2nd half of the year. In North America, the year was marked by a slowdown in sectors related to oil and gas production and metal fabrication. The progression in activity observed in Asia-Pacific was driven by Japan’s resilience and the persistence of sustained growth in China.
Globally, the Group delivered growth above that of its market, in a context of favorable exchange rates, which positive effect slowed down during the year, and decreased energy prices.
Over the year, as a result of efficiencies close to € 300 million and investment decisions totaling € 2.4 billion, the Group improved its competitiveness and sustained its future growth. At the same time, the signature of the merger agreement to acquire Airgas in the United States and the rollout of an innovation strategy, reinforced by the creation of the Global Markets & Technologies activity, mark major steps in the Group’s development and transformation.
Excluding the impact of Airgas acquisition and financing, and assuming a comparable environment, Air Liquide is confident in its ability to deliver another year of net profit growth in 2016.”
2015 consolidated revenue reached € 16,380 million, an increase of +6.7% on a reported basis compared with 2014 and of +3.3% on a comparable basis. The positive currency impact (+6.0%) was partly offset by the negative energy impact (-2.6%). This favorable currency translation effect slowed over the course of the year.
Gas & Services revenue for 2015, which reached € 14,752 million, rose +6.9% on a reported basis and +3.8% on a comparable basis. Of note, a sequential improvement in Gas & Services sales quarter after quarter on a comparable basis, reaching an increase in the 4th quarter of 2015 of +4.8% versus the 4th quarter of 2014.
Developing economies posted solid growth in 2015, with Gas & Services revenue up +10.2% on a comparable basis.
Globally, the growth in Gas & Services activities in 2015, on a comparable basis, is satisfactory given the trend in global industrial production, to which a portion of the Group’s activities is linked:
At the next Annual General Meeting of Shareholders, the Board of Directors will propose the payment of a dividend of 2.60 euros per share, an increase of +2.0%. The ex-dividend date has been set for May 23, 2016 and the payment scheduled for May 25, 2016.
The Board also approved the draft resolutions that will be submitted to the Annual General Meeting on May 12, 2016, and in particular:
The Board of Directors duly noted that the term of office of Mr. Paul Skinner ended on December 31, 2015, due to the emergence of a conflict of interest related to the decision of Air Liquide to appoint PriceWaterhouse Coopers (PwC) as statutory auditor. Mr. Skinner was sincerely thanked for his strong contribution to the work of the Board and its sub-Committees.
Following the Annual General Meeting, the Board of Directors would be composed of 12 members, of whom 11 are elected. Nine of the eleven members elected by the Annual General Meeting are considered independent as defined in the internal regulations. The Board would include five women and six board members whose nationality is other than French.
In addition, the Board set executive compensation for 2015 and 2016, details of which will be published on the        Air Liquide corporate website. The components of executive compensation for 2015 will be submitted to the shareholders for their opinion, as last year, under two specific (“Say on Pay”) resolutions.
Lastly, in order to align the age limit for the Chairman of the Board of Directors and of the CEO with current market practice, the Board has decided to propose that the company bylaws be amended for the maximum age limit of the Chairman of the Board of Directors to be raised to 70 years old and that of the CEO to the legal age limit, currently set at 65 years old.