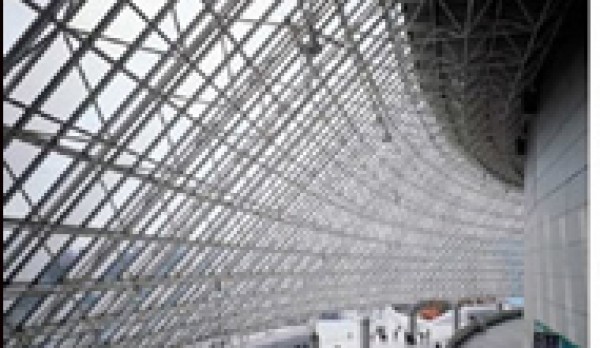 Officials at Asahi Glass Co. has announced the company’s consolidated financial results for the nine months ended 30 September 2011. The AGC Group posted a 5.3% decrease in net sales from the corresponding period of the previous year. Operating income decreased by 32.5% year-on-year, and ordinary income decreased by 41.7%. Net income was down 45.7% on a year-on-year basis.
Shipments of architectural glass in Japan increased from the previous quarter, as the production restriction caused by the Great East Japan Earthquake was resolved. Demand in Asia also continued to be strong. In Japan, shipments of Eco Glass were continuously on an increase out of growing public awareness for energy conservation. In Europe, the AGC Group’s shipments underperformed because the pace of demand recovery further slowed down due to the downturn in the economic conditions. Demand for architectural glass in North America remained sluggish.
Shipments of glass for thin-film silicon type PV systems and glass for CSP systems were bearish while cover glass for crystal silicon type PV systems remained strong.
AGC officials revised the company’s consolidated forecast of operating results for fiscal 2011, and reported a 21.7% change in net income.
The company also announced the following organizational changes to take effect on 1 January 2012:
*The operation of the current assignments of executive officers will be expanded in order for the chief executive officer to flexibly appoint executive officers to assist the chief executive officer’s direct management in specific issues. Following this expansion, the job titles chief technology officer and chief financial officer will no longer be used.
*The Group Strategy Office will be dissolved as the group has moved on to the phase where concrete group-wide strategies are promoted.
*The Technology General Division will be newly established in order to effectively and efficiently accelerate the group’s comprehensive technology strategy. The Technology General Division supervises the group’s Engineering Center, Research Center, Production Technology Center and Intellectual Property Center. At the same time, Technology Planning Office will be established under the Technology General Division.