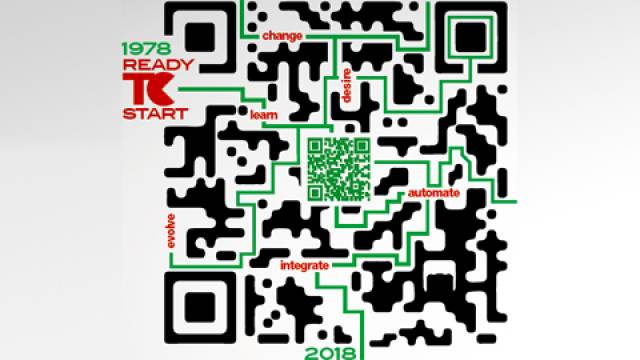 In celebration of their 40 years of business in the glass market, Adelio Lattuada has designed a mock QR Code incorporating a maze reminiscent of Pac-Man. The maze opens in 1978 with the phrase “Ready to Start” with the O in “to” cleverly replaced by the eponymous protagonist of the classic 80s game franchise.

According to Lattuada’s press release, “The image of the ‘QR code’ represents the innovation with which the company carries out its work every day. Their path winds through technology, which evokes a sort of videogame; the company ‘feeds on values’ to reach after 40 years this important goal that involves employees, suppliers and customers as well.”

“40 years are represented by a path, not always simple and straightforward, which many times has put Adelio Lattuada to the test by bringing out his pioneering spirit. It is a journey made of small and large goals, achieved and assimilated, on which has been built the company’s reality today.

“This anniversary is an important milestone for the Adelio Lattuada, but it is even more a new starting point because experience is the solid basis from which they project themselves every day towards ambitious goals.”