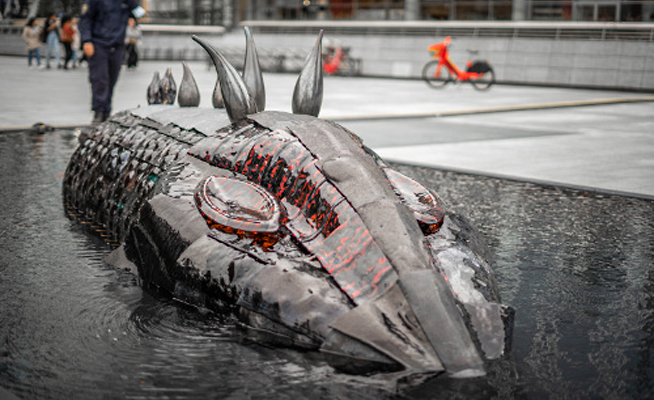 Despite pandemic-related difficulties and restrictions, the 22nd edition of VITRUM, the biennial international trade show organized by GIMAV and focused on the world of glass processing, closed on a positive note, reaffirming the vitality of an industry committed to innovation, where Made in Italy is an acknowledged badge of superiority.

From 5 to 8 October, 120 exhibitors from 16 countries filled the Fieramilano pavilions with their products and met with 6,150 visitors, 45 percent of whom from 74 different countries. In all, the stands occupied 22,450 square meters of exhibit surface area, with approximatively a 20 percent increase in the average size of individual stands compared to the 2019 edition.

“Even though the world has changed over the last two years, VITRUM tenaciously holds true to its position as the benchmark among trade shows specialized in glass processing machinery and equipment, and as the must meeting place for glass industry professionals,” remarked VITRUM President, Dino Zandonella Necca.

“This year, the exhibitors went all-out, bringing their latest technologies and innovations to the show; and they found a VITRUM that offered unlimited opportunities for conducting business. In addition to allowing manufacturers, agents, buyers, Italian and international glass industry association representatives and trade journalists to meet in person after months of hiatus, VITRUM 2021 also launched two new programs: the VITRUM Life digital platform and VISION Milan Glass Week, through which the world of glass, for the first time ever, introduced itself to the public at large. We absolutely laid the groundwork for Milan to be the capital of glass technologies for years to come,” continued the president.

In detail, more than 13-million-EUR-worth of machinery was exhibited at VITRUM 2021 and 75 percent of the exhibitors were manufacturers. Thanks to the participation of the Ministry of Foreign Affairs and International Cooperation and of ITA (the Italian Trade & Investment Agency), 60 top buyers and opinion leaders from 29 countries attended the show and kept about 400 appointments at the stands of Italian businesses. Despite the pandemic, the show upheld its international allure. Half of the visitors were from Europe with the remainder distributed evenly ‒ proportionate to their size ‒ among the other areas, (the Americas, Asia, Africa and Oceania).

VITRUM Life, VITRUM’s digital platform for online visitors, aired close to 50 hours of live video and a continuous flow of in-depth programming and news that were followed by nearly 31,000 users, 40 percent of them international. The show’s social channels were also extremely popular, with 75,000 Instagram impressions; more than 41,000 users connected through the show’s Facebook page that generated more than 2,700 interactions; while LinkedIn reported 12,700 views of posts, +188 percent average impressions and +181 percent unique visitors.

Finally, with the aim of broadening the target to embrace the entire glass industry, VISION Milan Glass Week, held concurrent to VITRUM, opened across Milan from two main hubs ‒ Piazza Gae Aulenti and Fondazione Riccardo Catella. By showcasing the excellence of Italy’s glass industry to the entire city, it attracted more than 10,000 visitors in all. The event was sponsored by the Lombardy Region and the City of Milan, in partnership with the Ministry of Foreign Affairs and International Cooperation, along with Milano Wine Week and Lifegate as media partner.

Six of Milan’s museums, 12 glass buildings, 26 parallel event Road Map locations and 20 “Vitrum Party on the Road” night spots were involved. In addition, more than 30 works of glass art were displayed, including the drum set by El Cocal Glass Studio and the Lagoon Monster art installation in Piazza Gae Aulenti. Exceeding 6 meters in length, the life-like aquatic monster is formed by 191 glass scales and aroused the curiosity of residents and tourists alike.

Among the 45+ events spread across four days, the creative workshops for children (in partnership with KiKolle Lab) and the guided Milan Made of Glass tours (organized by Milan’s Register of Architects and by AIHV International Association for the History of Glass) were a major success. Reservations for these events were fully booked long before the official start of Glass Week, a clear demonstration of how the city of Milan was instantly drawn to an opportunity of this kind. Thirty hours of live coverage were aired on line: the Glass Week pages reached a broad public audience confirming, as anticipated, this first edition as a highly-sought-after in-person and virtual event. Indeed, more than 25,000 unique users interacted digitally, with nearly a million viewers in Italy and abroad.

Given the success of these programs, we are already working on launching future events and thinking even bigger this time,” said Zandonella Necca. “The next occasion will be Glass Week 2022, and the call-to-action for exhibitors has already gone out. We have also begun work on that edition with the intention of increasing the number of events in Milan, the meetings, workshops and programs for children. One reason for that: 2022 will be the International Year of Glass and, for Milan, this will be an opportunity to once again be in the international spotlight. For the 23rd edition of Vitrum, we’ll see you in 2023, September 5-8 at Fieramilano Rho, in the hopes that we will meet in an atmosphere no longer burdened with the pandemic, in which the economy has bounced back, allowing us to organize the biggest and best Vitrum ever,” he concluded.