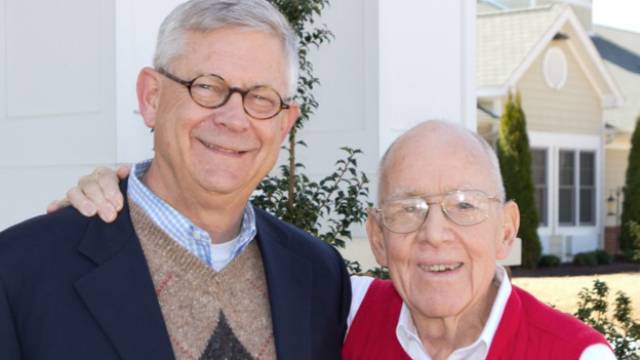 The 44th recipient of The Phoenix Award® is G. Clinton (Clint) Shay, now retired from Corning Inc., for his significant contribution to the glass industry in the field of glass forming.

G. Clinton (Clint) Shay, now retired from Corning Inc., has been awarded the prestigious Phoenix Award® prize for his significant contribution to the glass industry in the field of glass forming.
Clint, as he is known to the glass making fraternity, is responsible for inventing the revolutionary, ‘down draw’ or ‘fusion’ process. This process produced a pristine flat glass as an alternative to the well-established Pilkington’s float process. He was also leader of the team that invented the chemical strengthened fusion glass which resulted in the widely recognised name of Pyrex glass, as well as its use in ophthalmic glass and LCD products. However it was in the 1990’s when the technology really came in to its own, with the convergence of the LCD, TV market. The fusion process’s thin low warp hard-glass, fulfilled the needs of this technological breakthrough in visual communications. Since those days the process has now moved on to be incorporated in to the hand held devices market, such as touch screen computers, tablets, mobile phones and many other electronic devices, utilising the protective touch screen glass carrying the brand name of Gorilla Glass.
The Phoenix Award Committee are proud to be able to make this award to such a deserving person as Clint, and look forward to presenting him with The Phoenix Award at the presentation ceremony later in the year, at a venue yet to be announced.