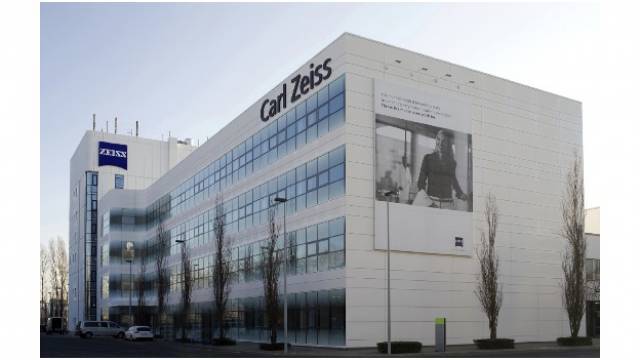 This year ZEISS will celebrate the 200th birthday of its founder with many different activities and events. The highlight of the celebrations is Carl Zeiss Day in the city of Jena on 11 September.

Carl Zeiss was born in the town of Weimar in 1816 and 11 September 2016 marks his 200th birthday. The mechanic opened a small workshop for precision mechanics and optics in Jena in 1846, laying the foundation for today’s global technology player ZEISS. “Without these achievements and the intellectual legacy of its founding father, ZEISS would not be as successful as it is today,” says Dr. Michael Kaschke, President and CEO of Carl Zeiss AG.

This year the company will celebrate the 200th birthday of its founder with many different activities and events. A biography of Carl Zeiss was published in May, and starting in September there will be an exhibition on the visionary entrepreneur which will introduce visitors to his life and work. The highlight of the celebrations is Carl Zeiss Day in the city of Jena on 11 September.

As a fitting and lasting honour of Carl Zeiss’ achievements which will endure beyond the events held to commemorate his 200th birthday, the company is sponsoring the establishment of a German Optical Museum in Jena – with the support of partners from industry, science and the city of Jena. The initiators are: the Ernst Abbe Foundation, the Carl Zeiss Foundation, the city of Jena, Friedrich-Schiller-University Jena and the company ZEISS. “In the same year of Carl Zeiss’ 200th birthday, it’s important to us to begin this significant initiative and important undertaking. I am sure that this museum is not only an appropriate, but also a forward-looking way to honour our company founder, here in the city where he started is company,” says Dr. Kaschke.

The current Optical Museum run by the Ernst Abbe Foundation in Jena will be completely redesigned and re-established as the German Optical Museum and will serve as a leading museum in the national and international museum community. In addition to putting on display the scientific history of optics and the history of optical instrument construction, the German Optical Museum will also be a place where the public and experts can meet via many different educational programmes.

Numerous events honouring the 200th birthday of Carl Zeiss are taking place in Jena throughout 2016. The highlight will be Carl Zeiss Day in Jena on 11 September 2016 when ZEISS, together with players from the city of Jena as well as partners from science, industry and the Jena community, will celebrate the company founder.

On Carl Zeiss Day, institutions throughout the city located on the Carl Zeiss Route will be open between 10:00 a.m. and 5:00 p.m. and will have special offers for the whole family. Along the Carl Zeiss Route there are numerous stations and locations which have a connection to Carl Zeiss. These places will host different activities for visitors on Carl Zeiss Day. These include the planetarium, the SCHOTT Villa, the redesigned grave of Carl Zeiss at the Johannis Cemetery and the Friedrich-Schiller-University Jena.

A central point along this route is the marketplace where ZEISS will be taking part in the festivities, offering e.g. opportunities for children and teenagers to explore the STEM fields.

In honour of the 200th birthday of Carl Zeiss, a public symposium on the subject of economy and science will take place at the Friedrich-Schiller-University Jena on 27 and 28 October 2016.

In 1834 Carl Zeiss began an apprenticeship with Dr. Friedrich Körner, the Court Mechanic and a private lecturer at the University of Jena. Zeiss completed his apprenticeship in 1838, receiving a glowing letter of reference from Körner. Subsequently Zeiss spent seven years as a journeyman, with stops in the cities of Stuttgart, Darmstadt, Vienna and Berlin. While in Vienna he attended lectures at the university, including one on popular mechanics. On 17 November 1846 he opened a small workshop for precision mechanics and optics in Jena.

Zeiss began by designing, building and repairing physical instruments. He also sold telescopes, microscopes, drawing sets, scales, thermometers and additional instruments from other manufacturers. In 1847 he began producing simple microscopes, and from 1857 onwards he also built compound microscopes. In 1860 Zeiss was appointed university mechanic; in 1863 he assumed the post of court mechanic. 1866 saw the beginning of his collaboration with Ernst Abbe, and the two men worked together on producing microscope lenses based on a solid mathematical foundation. From 1872 only objective lenses produced in line with Abbe’s calculations were sold. The success of these lenses led to the company’s growth. Zeiss’ collaboration with Otto Schott, who developed and later produced new types of optical glass in Jena, commenced in 1879. Zeiss died in Jena on 3 December 1888.

With his instruments, Carl Zeiss paved the way for scientific progress, particularly in biology and medicine, that still benefits many people today: one example is Robert Koch, one of the men credited with discovering bacteriology. “Carl Zeiss’s ability to interact with the scientific community was the key to the success of his enterprise – and this tenet still rings true today,” explains Kaschke.

The reasons behind his success still apply for fledgling companies today. Promoting science and a commitment to society create measurable values for a company. ZEISS and the Carl Zeiss Foundation are engaged in many non-profit projects around the globe, ranging from foundation professorships in basic research, offers for young people such as scientific centres of learning and the regional young scientists competition Jugend forscht and extending to the promotion of small, individual social projects.