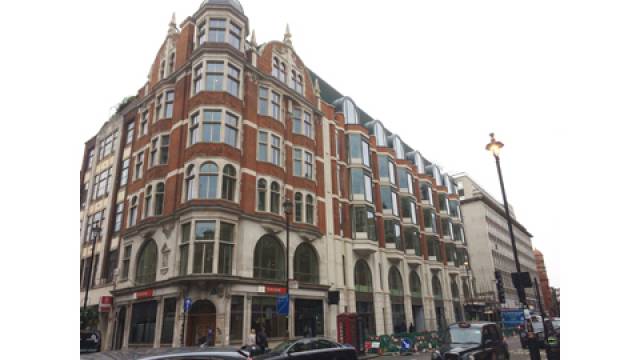 Wrighstyle, the advanced glazing systems supplier, has completed another prestigious London project, this time in the heart of the capital’s West End theatre land.

The contract is significant because it demonstrates how fire-rated steel glazing systems can work alongside non-fire rated systems, but without any discernible difference between them. The substantial Shaftesbury Avenue contract was for the supply to JPJ Installations Limited, Braintree of fire-rated curtain walling for a refurbished office building. Wrighstyle supplied some 280sqm of its SR60 system, for over 95 different frame assembles, comprising fire rating specifications of either EI60 or E60. The contract was complicated by having large radius heads on the ground floor arches, and with Wrighstyle’s advanced systems having to seamlessly match with other non-rated aluminium areas. Wrighstyle is currently completing a residential project in Wigmore Street, with further contracts underway on London’s bus and Underground network. Last year the company completed a major refurbishment of Carlow House, a large residential project that was featured in Lord Sugar’s The Apprentice.

“Our systems ranges give us enormous flexibility in being able to accommodate different thicknesses of glass in different configurations” said Tim Kempster, Wrighstyle’s managing director. “It means that we can design, fabricate and install complete facades, or integrate advanced glazing areas with non-fire areas” he said.