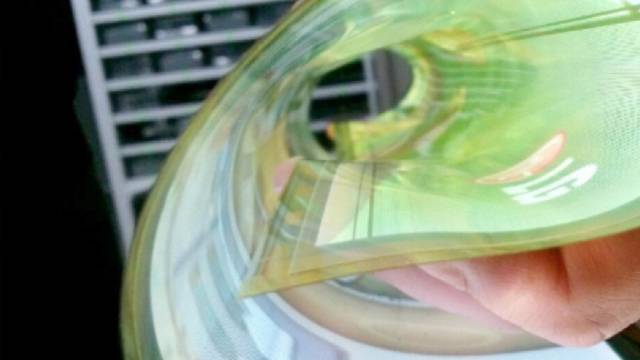 Displaying navigation information on car windshields may become reality in about a decade, according to a South Korean display expert.

“If thin, transparent and curved display panels could be attached to a windscreen, drivers would be able to see navigation information displayed there,” Chu Hye-yong, head of the Electronics and Telecommunications Research Institute’s display research department, said in an interview with The Korea Herald.
The related technology is expected to become commercialized by no later than 2016.
Recently, LG Display unveiled the world’s first transparent and curved displays. In order to use the display for windshields, these two technologies must be combined, Chu said, so that the screen becomes both transparent and curved.
The transparency also needs to be improved, she added. The new LG transparent OLED display features a transmittance of 30 percent, up from 10 percent for conventional LCD panels. But, to make the panel for car windshields, the transmittance rate needs to be pushed up to over 60 percent, Chu said.
“This is not simple because most electrodes – small pieces of metal – which are used for display panels are opaque. Currently, research is being carried out to find alternative materials such as graphene, which is transparent and conducts electricity,” Chu said. There is also a visibility issue because users may not be able to clearly see the information displayed on the screen during the day, when it is brighter outside than it is inside the car. Apart from the technical hurdles, safety issues still remain as the windshields would hinder the drivers’ visibility. This is why transparent displays for vehicles will first be used for entertainment purposes –made for passengers in the back seat or riding shotgun, she said.
“Regarding the visibility issue for the passenger seats, companies are developing a “shutter” technology, which is inserted into display panels to make the background black. This will have the same kind of effect you would have when you draw the curtains at home to get a clearer image on your TV screen,” Chu said.
According to the research firm IHS, the global transparent display market will reach $87 billion by 2015.