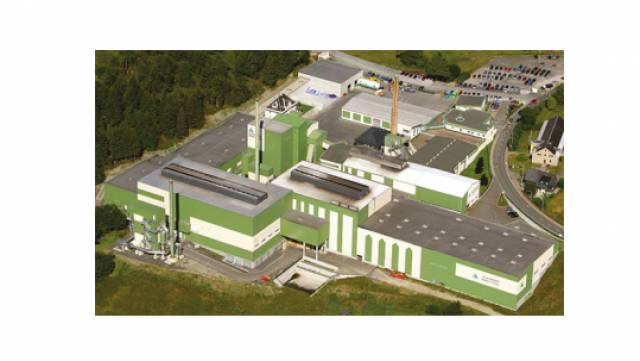 Wiegand-Glas will invest more than EUR 50 million in its Glaswerk Ernstthal plant, involving a new melting furnace, as well as production and inspection technology.

Glass container manufacturer Wiegand-Glas intends to invest more than EUR 50 million in its Glaswerk Ernstthal plant in Thuringian, Germany over the next two years. The investment will include a new melting furnace which will have a daily capacity of 360 t/d. Investments will also be made in production and inspection technology.
With new emission control technology, the glass plant will drop even further below new and strict emission limits.
Two new halls will be also be built. One building will be used as a warehouse for produced goods, which will reduce the transport to the current warehouse in Neuhaus.
The other hall will be built in three floors to accommodate packaging facilities as well as offices and social areas for employees. The project will be finished in the first half of 2019.
Wiegand-Glas said the investment means it will strengthen its market position and can react even more flexibly to customer requirements. In particular, small series and individual containers in high quality flint colour are produced.
The company forecast problems in being able to recruit new employees for the Thuringian locations in the future.
“Due to demographic changes, fewer and fewer people are available to the labour market,” it said.