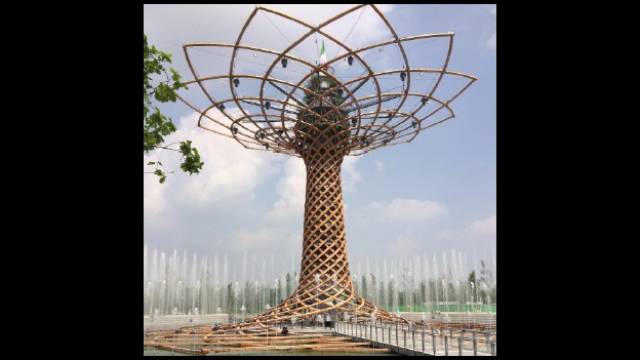 During a recent international press meeting, Vitrum spoke about the upcoming edition of Vitrum – held concurrently to Expo – and where the most cutting edge applications of flat and hollow glass will be on display.

“Vitrum will open its doors in a climate of recovery; the encouraging signs from the market are all there,” these opening remarks of Vitrum President Dino Zandonella Necca were made during the international press conference held 12 and 13 May in Milan, where the innovations to be featured at Italy’s appointment with the world of glass were unveiled.
Two days of meetings to clarify for journalists from around the world just how much Milan and Vitrum have to offer visitors and exhibitors at the forthcoming edition of the international trade show specialized in machinery, equipment, and special products for glass processing, slated to take place 6-9 October 2015 in the Fiera Milano Rho exhibition area.
Vitrum 2015 is all about innovation – where the most cutting edge applications of flat and hollow glass will be on display for industry professionals from around the world. Technologies, machinery, and special products are at the very core of this year’s leading European glass industry event.
Several special projects will enliven the four days of the fair.
One of the forerunners among these is a show dedicated to the use of glass in modern architecture, from the earliest examples of the last century to the most innovative and still experimental solutions of today. During their stay in Milan, the international press members were able to experience for themselves one highlight – a guided tour of the buildings that have redesigned the city’s skyline, where some of the most spectacular structural and design solutions possible incorporate extremely cutting-edge applications of glass.
Vitrum will also offer a look into the future, thanks to product prototypes created by students at Politecnico di Milano and the Freiburg University of Applied Sciences and Arts in a workshop program sponsored by Vitrum at the two universities. Visitors to the show will discover the fascinating experiments that transform glass into products designed to provide useful benefits in domestic, playful, medical, scientific, professional and sporting areas, all engineered by the designers of tomorrow.
But Vitrum will also be the showcase for an exhibit of historical artifacts and preindustrial design, bearing witness to how glass has long been an object of fascination and creative stimulus for mankind. This focus on the cultural aspects of glass has consistently been a part of the Show and will again take center stage at Vitrum 2015.
“And that’s not all, Vitrum 2015 will also reveal some key technological advances,” confirmed the President of Vitrum during the meeting with the press. “The 19th edition of the Show will also feature technical and productive innovations in the flat and hollow glass sectors, thanks to our partnership with the Association of Italian Glass Technicians (A.T.I.V.), which will hold its 30th Annual Congress at Vitrum.”
This 19th edition of Vitrum will be particularly eventful because it runs concurrent with Expo 2015, the Universal Expo with the theme “Feeding the Planet, Energy for Life”. Expo will enliven Milan with a vast program of events through the end of October. Easily reached and accessible from the Vitrum exhibit site, Expo 2015 offers the opportunity for a unique experience in an extraordinary setting.
“Vitrum 2015 will be the culmination of an enormous amount of teamwork: all the activities were developed by a team in perfect continuity with the past, in partnership with A.T.I.V. and with the support of ICE. And this is why Vitrum will be focused on innovation and competitiveness, a meeting place for industry players and the ideal venue for exploring all the aspects of the world of glass – applications, products, machines, technology and culture”, concluded Dino Zandonella Necca.