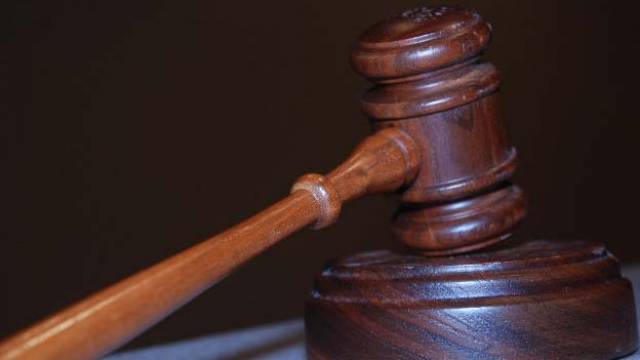 Vitro has reached agreements to conclude its restructuring process and to end litigation with creditors in Mexico and the US. “These agreements allow us to close the book on a challenging period for our company, and focus entirely on our business and meeting our customers’ needs,” said Adrián Sada González, Vitro’s Chairman of the Board of Directors.

Vitro, S.A.B. de C.V. has announced that it has entered into agreements that will enable the company to definitively conclude its restructuring process. The agreements will end all litigation between Vitro and certain creditors in Mexico and the US over the past two years, allowing Vitro to conclude its restructuring.
The company is confident that these agreements position Vitro to create more value for all its stakeholders, including employees, suppliers, creditors and shareholders, and in particular its customers, especially those in the US. Specifically, the agreements are a settlement agreement between Vitro and certain non-consenting creditors and other parties, and a separate agreement between Vitro and its financial partner, Fintech.
“These agreements allow us to close the book on a challenging period for our company, and focus entirely on our business and meeting our customers’ needs,” said Adrián Sada González, Vitro’s Chairman of the Board of Directors. He also commented, “Thanks to the valuable participation of our directors and the strong support of Fintech and its Director, David Martínez, we have reached a satisfactory conclusion in this matter and are ready to take advantage of the extraordinary opportunities that exist today for Vitro.”
David Martínez said, “The financial restructuring of Vitro’s indebtedness has achieved its objective of creating low and sustainable leverage after a decade of high debt levels. We are excited to participate as a financial partner in this new stage and are fully confident that under the leadership of Adrián Sada and its focused management, the company will capitalize on its outstanding growth prospects, including those in the North American market.”
The company looks forward to executing its strategic plan for growth internationally, primarily in the US, which in 2012 accounted for sales of approximately USD 446 million a year – USD 329 million for packaging and USD 117 million in flat glass –, as well as focusing on strengthening customer relationships and seeking new business opportunities abroad.
“Once we implement these agreements, the Board’s mandate is clear: focusing on developing business lines, maintaining the healthy financial profile we have achieved and generating long-term value for our shareholders,” said Hugo A. Lara García, Vitro’s CEO.
The key terms of the settlement agreement are as follows:
1. Fintech will purchase from the members of the Ad Hoc Group all of their holdings of bonds and pay to the Indenture Trustees and the Ad Hoc Group members an amount to cover fees, costs, and expenses incurred by the Indenture Trustees and the Ad Hoc Group members.
2. Certain of the settling parties have agreed to grant one another mutual releases, which cover, among other things, all claims related to the court proceedings and certain costs and fees.
3. The parties will consensually dismiss all suits, actions, appeals, and amparos between and among them in Mexico and in the US.
The key terms of the agreement which was reached with Fintech are as follows:
1. Fintech will acquire the substantial majority of the bonds from the non-consenting creditors, will relinquish the legal actions against Vitro and its subsidiaries in the US and Mexico associated with these bonds and will consent to the Concurso Plan that was approved by the Federal Courts of Mexico, in respect of these bonds and claims. These actions will increase the approval rate of such plan to almost 99% of the recognized creditors;
2. Vitro will cease collection actions in Mexico for costs and damages against the non-consenting creditors and drop the lawsuits it filed in the US, thus ending all legal proceedings against them; and
3. As consideration for the withdrawal of these awarded claims and for ending the associated legal proceedings related to the requests for involuntary bankruptcies in the US, Fintech will receive shares of a wholly owned subsidiary of Vitro, representing up to 13% of its equity (a participation that will be determined based upon its audited financial statements as of 31 December 2012), and a note for USD 235 million with a two year maturity, which will be issued by such subsidiary.
Claudio Del Valle, Vitro’s Chief Restructuring Officer, said: “Fintech’s participation was crucial in order to establish the foundation for the agreements we have reached. It provided a means by which the non-consenting creditors could exit their positions, and allowed Vitro to gain a new partner in Fintech which we are sure will add value to the Company, as Fintech shares our vision for the business.”
“We appreciate the support the Federal Government of the United Mexican States has provided to Vitro in its restructuring,” said Alejandro Sánchez Mújica, Vitro’s Executive Legal President and General Counsel.
The execution of the agreement with Fintech referenced in this release is subject to relevant government approvals, and the authorization of the different courts involved. The settlement agreement referenced in this release is subject to the authorization of the courts in Mexico and the US, as well as certain other closing conditions.