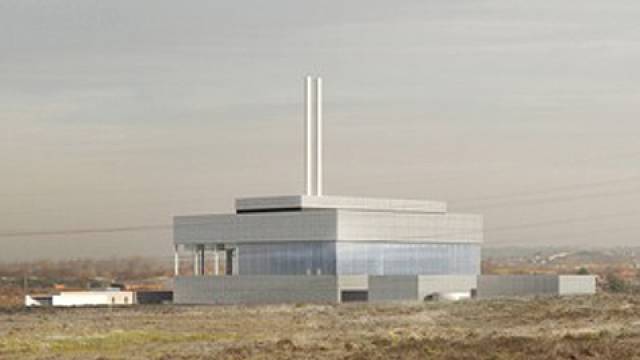 Next month Viridor is to begin construction of its £200 million energy from waste plant in south London.

The waste firm, which plans to build the 300,000 tonnes-per-year capacity plant in Beddington, was issued June 12 a Notice to Proceed, with construction due to commence later in July.

The plant is scheduled for completion in 2017, when it will begin treating household residual waste from the South London Waste Partnership – comprising Croydon, Kingston, Merton, and Sutton borough councils.
Viridor signed a 25-year, £990 million contract to treat the councils’ waste in 2012, with the £200 million energy from waste plant to be built on the firm’s existing landfill site that is due to close in 2017 after 16 years in operation.

The plant will also have a generating capacity of 26MW, supplying electricity to the National Grid and the potential for usable heat for local industry or housing. The plant will produce enough power for around 30,000 homes.
The facility was originally set to start in early 2014 shortly after receiving planning permission from Sutton borough council. However, the project has been swamped by controversy as it falls within a Metropolitan Open Land area, which has similar planning requirements to green belt land.

Challenge
Protest group Stop the South London Incinerator – headed by Croydon Green Party’s Shasha Khan – brought a legal challenge against Sutton council following the planning decision. However, in April a senior judge ruled in favour of the facility.
Commenting on the notice to proceed, Alan Cumming, Viridor Capital Projects and Engineering director, said the company was ‘very pleased’ to start work on the project.
He said: “We are pleased to now be able to begin construction works on this important local project. The construction of Beddington ERF will deliver much-needed social infrastructure, using leading-edge technology to transform waste into vital energy for South London.
“Viridor and its partners are set to deliver a world-class facility for the South London Waste Partnership. We remain committed to providing clear information on the project, and will be in contact with local residents and wider stakeholders throughout the construction and operational phases.”

Benefits
A spokesperson for the South London Waste Partnership added: “Now that work can start on the Energy Recovery Facility, the project’s construction phase will generate benefits for the local economy including jobs, business opportunities for local firms and investment in the local area.
“Once operational, it will process up to 302,500 tonnes of non-recyclable waste helping the SLWP to achieve landfill diversion of up to 95 percent and give our taxpayers the best possible deal. This facility will provide a sustainable outlet for the Partnership’s waste for the next 25 years, and it also has the potential to export electricity to the National Grid and create usable heat for local industry or housing.”