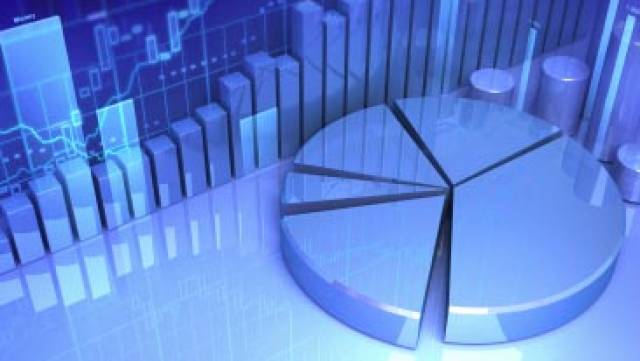 2012 financial results for the Vetropack Group reported lower profit margins but still at a good level, with all Vetropack factories working at full capacity. The Annual General Meeting of Vetropack Holding Ltd. will be held on Wednesday, 8 May 2013, at 11.15 hrs, in St-Prex VD.

The economic conditions allowed the Vetropack Group to increase its turnover by 2.5%. However, the price adjustments that were needed because of rising costs could only be implemented to a limited extent. Profit margins are therefore lower but still at a good level. All Vetropack factories were working at full capacity. The sale of two sites in Switzerland that were no longer needed for production led to an increase in profits by 42%.
Key financial figures for 2012:
• Revenue: CHF 604.4 million (2011: CHF 589.4 million)
• EBIT: CHF 61.5 million (2011: CHF 77.3 million)
• EBIT margin: 10.2% (2011: 13.1%)
• Annual profit: CHF 83.6 million (2011: CHF 59.0 million)
• Net liquidity: CHF 44.1 million (2011: CHF 33.9 million)
• Cash flow: CHF 98.0 million (2011: CHF 117.3 million)
• Cash flow margin: 16.2% (2011: 19.9%)
• Equity ratio: 82.7% (2011: 74.3%)
The consolidated gross revenue for the Vetropack Group was CHF 604.4 million, up 2.5% on the previous year’s figure of CHF 589.4 million. Adjusted for currency effects, the increase in turnover was in fact 3.9%.
Overall, the Vetropack Group sold 4.29 billion items of packaging glass (2011: 4.17 billion items). The domestic markets accounted for 61.7% of unit sales (2011: 60.4%). Production of glass packaging available for sale, in tonnes, remained virtually flat at 1,242,094 tonnes (2011: 1,246,025 tonnes). All factories were working at full capacity.
Consolidated EBIT fell to CHF 61.5 million (2011: CHF 77.3 million). Key factors in this result were the higher costs for energy, packaging materials and staff, together with the maintenance costs involved in repairing the two furnaces. The EBIT margin dropped to 10.2% (2011: 13.1%) of gross turnover. The consolidated annual profit was up by 41.7% to CHF 83.6 million (2011: CHF 59.0 million). This increase is due not to operating profit but to the sale of two properties in Switzerland that are no longer needed for production. This one-off effect amounted to CHF 45.7 million before taxes.
The Vetropack Group invested a total of CHF 112.3 million in 2012 (2011: CHF 85.2 million). The biggest investments were the refurbishment of the flint glass furnace at the Straža works in Croatia and the coloured glass furnace at the Pöchlarn plant in Austria. Also at the Pöchlarn site, work has begun on the construction of a workshop for the planned industrial test production of thermally tempered glass. Production of what is called hard glass is expected to begin in the second quarter of 2013.
The Board of Directors proposes to the General Meeting that a dividend of CHF 35.00 gross (2011: CHF 35.00) be paid per bearer share and CHF 7.00 gross (2011: CHF 7.00) per registered share.
The Annual General Meeting of Vetropack Holding Ltd. will be held on Wednesday, 8 May 2013, at 11.15 hrs, in St-Prex VD.
The Board of Directors of Vetropack Holding Ltd. has also decided to issue put options that can be traded on the SIX Swiss Exchange. Registered shareholders are to be assigned one put option for every five registered shares and the holders of bearer shares one put option for each bearer share.
By offering these put options, Vetropack Holding Ltd. is inviting its shareholders to offer their bearer shares for repurchase. The repurchase programme will be in the amount of some CHF 30 million. The plan is to ask at the 2014 Annual General Meeting for the shares purchased from the shareholders to be cancelled. The terms (the exercise date, price and ratio) are expected to be announced on the day of the Annual General Meeting on 8 May 2013, and published in an offer and listing prospectus on the www.vetropack.com website on their issue. Registered shareholders and holders of bearer shares with bank deposits will also be informed in writing – either directly in person or via the relevant banking institution.
Cornaz AG-Holding, as the main shareholder in Vetropack Holding Ltd., supports this repurchase of shares and also announces that, depending on market conditions, it will be acquiring and exercising additional put options on the market.