Initial investigations into the situation have shown that only clean-up work as well as the protection and preservation of assets (including management of used glass and raw materials) are possible there in the medium term.

A resumption of the entire operation is not possible for the time being due to damaged production facilities and the overall situation in the region, which continues to be characterized by military activities. For this reason, the Vetropack Group is forced to cut many jobs at the site. 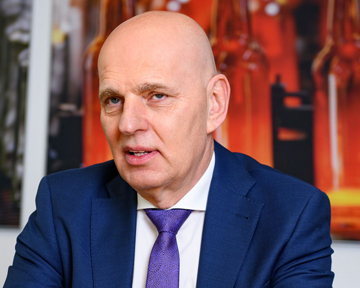 “We are aware of the impact this step will have on our employees in Ukraine – but we see no alternative at the moment,” said Johann Reiter, CEO of Vetropack Holding Ltd. “The damage to our plant caused by military action is significant, although not irreparable. Nevertheless, in our estimation, it will not be possible to immediately resume our production in Gostomel – even if the war ends, which is currently not foreseeable.”

Vetropack certainly has no plans to permanently close the site but wishes to reopen it after it has been repaired. “The requirements for production resumption will not be met in the near future,” emphasizes Johann Reiter. “In the interest of our entire corporate group, we have to act accordingly.”

In the coming weeks, a core team will continue to assess the situation on site. The team will arrange for initial steps to be taken in preparation for the eventual restoration of the production facility. This includes securing the glass packaging and raw materials stored on site.

Job cuts are inevitable
These measures will also include cutting around two thirds of the approximately 600 jobs at the site. At the beginning of the Russian attack, Vetropack had already released all employees from work with continued payment of their full salaries. “This measure is only suitable as a temporary solution – not for the duration of a war that may extend over many months,” continued Johann Reiter. “Financing these jobs is directly related to the production and sale of glass packaging. Therefore, without production, we cannot sustain it.”

In the coming weeks, Vetropack will be looking for possible solutions for the affected employees in close cooperation with the plant management. As the majority of the workforce are men of military age, they are currently not allowed to leave the country. Therefore, they cannot be deployed to other Vetropack plants. Nevertheless, 35 employees have already been able to relocate abroad. Some of them are already working at other Vetropack sites.

Vetropack Group is one of the leading manufacturers of glass packaging for the food and beverage industry in Europe. The Group has state-of-the-art production facilities as well as sales and distribution offices in Switzerland, Austria, the Czech Republic, Croatia, Slovakia, Romania, Ukraine, Italy and the Republic of Moldova.