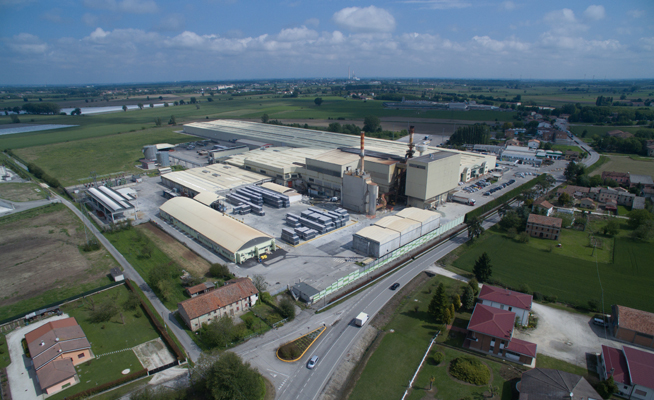 Verallia celebrates the new year by inaugurating its eleventh production furnace and demonstrates its intention to continue investing in Italy, strengthening the Villa Poma site.

Back in 1964, the Mantua plant, not yet owned by Verallia, started its production of container glass for the beer market. This was followed in 1991 by the construction of a second furnace, which underwent a major refurbishment two years ago. Today, on the foundations of the first plant – shut down in 2013 due to age limits – a brand new furnace has been built, featuring cutting-edge production and environmental technologies.

“A 60-million-EUR investment,” said Marco Ravasi, CEO of Verallia Italia, “which exceeds 90 if we also consider the modernization of the other historic furnace at Villa Poma, which took place in 2019. In the last five years, we have invested over 250 million EUR in Italy, confirming that this is a central market in the Group’s global strategy. We believe that, at a complex time like this, it is necessary for a Group like Verallia to participate in the industrial revival of the country by actively supporting the rebound of food and beverage made in Italy, committing itself so that development can be long-lasting and sustainable. We owe it to our 1,300 employees and to the local communities where our six Italian plants are located.”

Figures show the importance of the work done for this new furnace: 320,000 hours of work with 249 supplier companies and around 1,500 people actively involved in the site construction. In addition to this, Verallia reduced its environmental footprint: thanks to the new technologies, it will be possible to reduce CO2 emissions by 10 percent and electricity consumption by 15 percent. A further investment in the Mantua area will consist in the planting of some wooded areas, equal to about 20,000 square meters, which will allow an important absorption of CO2.

Luca Bollettino, Human Resources Director of Verallia Italia, also expressed his satisfaction and pride, “We are happy with this new project, which allows us to respond even more promptly to the needs of our customers. The expansion of our plant has already led to the hiring of 80 young people between 20 and 30 years old, including 34 women, the result of a fruitful collaboration with local schools. This increase is even more significant if we consider that each job leads to an induced activity equal on average to 1.5 times the direct workforce.

“I would also like to emphasize the significant growth in female employment in a sector, the glass industry, which has historically been male: the number of women has quadrupled in the last five years and some of them occupy important positions of responsibility, for example the plant manager and the furnace manager at the Villa Poma plant. Lastly, we invest continuously in updating our skills: in the last two years we have had an average of around 40 hours of training per person per year, which demonstrates our commitment to training and developing talents during their professional career.” 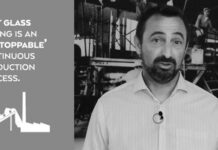 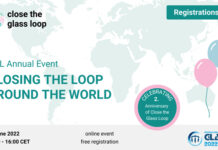 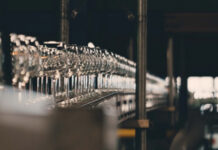