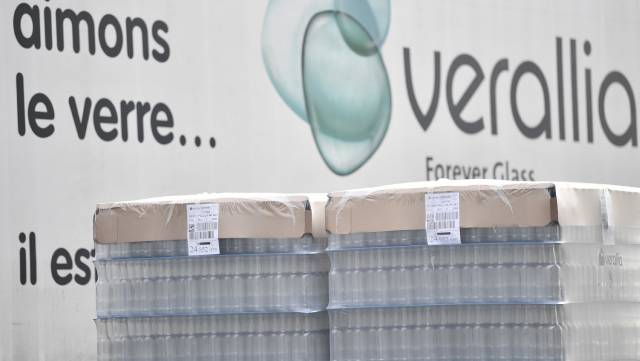 Highlights of the quarter:
• First-time application of IFRS15: EUR-19.0 million impact on revenue, no impact on EBITDA
• Stable revenue year-on-year, at EUR 593.4 million (+6.5% at constant foreign exchange rates and excluding the IFRS15 impact)
• Adjusted EBITDA of EUR 119.9 million, up 9.2% year-on-year (+14.1% at constant foreign exchange rates)
• Adjusted EBITDA margin at 20.2% (19.6% excluding the impact of IFRS15), up 170 bps compared to Q1 2017
• Positive operating Cash-Flow generation: EUR 3.0 million vs EUR (26.8) million in Q1 2017.
Reported revenue was stable year-on-year, but increased by 6.5% at constant exchange rates and excluding the impact of IFRS15. Revenue growth was mainly driven by robust volumes as well as price and mix improvement.
In Europe, reported revenue grew by 0.8%. Exchange rates had a negative impact of 0.7%, mainly due to the weakening of the Russian Ruble and Ukrainian Hryvnia against Euro. At constant exchange rates and excluding the impact of IFRS15, the 5.0% organic growth was driven by higher volumes and prices in most countries.
In South America, reported revenue decreased by 6.6% as a result of negative exchange rates variation, mainly Argentinean Peso and Brazilian Real against Euro. At constant exchange rates, revenue increased by 17.8%, supported by a good level of activity – notably in Brazil, as well as higher prices in an inflationary context.
Adjusted EBITDA was up 9.2% (+14.1% at constant exchange rates), driven by a robust top-line growth associated to overall improvements in manufacturing.
In Europe, adjusted EBITDA increased by 12.1% (+12.7% at constant exchange rates), driven by the robust level of activity as well as the improvement of manufacturing performance.
In South America, adjusted EBITDA decreased by 4.7%, negatively impacted by exchange rates evolution (depreciation of the Argentinean Peso and Brazilian Real against Euro). However, at constant exchange rates, South America delivered a strong +21.6% adjusted EBITDA increase, supported by a good level of activity in volumes as well as the improvement of manufacturing performance.
Impacted by the seasonal increase of the working capital in the 1st quarter, operating cash-flow stands at EUR 3.0 million, which compares favourably to the EUR (26.8) million recorded in the 1st quarter 2017. The improved EBITDA in the 1st quarter 2018 compared to the same period last year associated with the lower impact of working capital variation were the key contributors.
Verallia has further deleveraged in the quarter, with a net debt of 3.6x LTM adjusted EBITDA of EUR 514.2 million at 31 March 2018, compared to 3.7x at 31 December 2017 and 4.2x at 31 March 2017.
Verallia has disposed of its operations in Algeria as of 3 May, which have generated a revenue of EUR 7 million in 2017.
European markets should remain dynamic, driven by positive macroeconomics. The level of activity should also be good in South America in a challenging context. For the rest of the year, Verallia confirms its objective of increases in revenue and adjusted EBITDA, further adjusted EBITDA margin improvement as well as continued deleveraging. Recurring capex in 2018 confirmed to be around 8% of revenue (EUR 200 million).
Q2 2018 results will be released on July 26th, 2018.
An independent group, Verallia is the third largest global manufacturer of glass containers for food and beverages, and proposes innovative, customized and environmentally-friendly solutions. EUR 2.5bn revenue with 16 billion glass bottles and jars produced in 2017. Around 10,000 employees, and 32 glass production facilities in 11 countries.