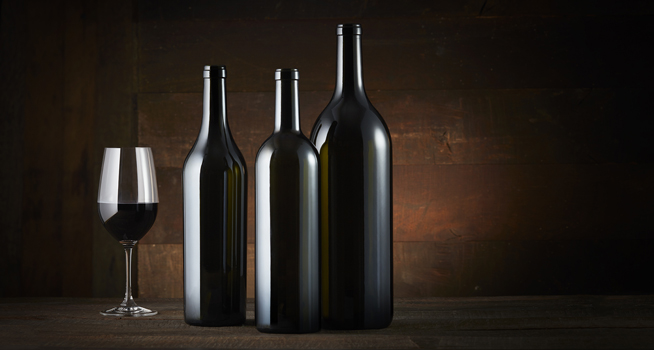 In the year 2000, Verallia – a leading manufacturer of glass packaging for beverages – partnered with Union des Grands Crus de Bordeaux to develop an exclusive colour: Tradiver.

Synonymous with excellence, this Verallia colour is the perfect answer for the most demanding wines. Twenty years later, the Tradiver glass continues its development in wine-growing regions, driven by characteristics that have made its reputation: its dark elegance and optimum filtering power.

Symbol of its success, Tradiver has nowadays been adopted by an increasing number of Bordeaux Châteaux, members of the Union des Grands Crus de Bordeaux et Grands Crus Classés.

Keys to Success
Introduced by Verallia with Union des Grands Crus de Bordeaux in 2000, the Tradiver colour is produced in the Saint-Romain-le-Puy plant in the Auvergne-Rhône-Alpes region. Its expert and committed teams put all their know-how into the production of this colour, a sign of excellence and prestige.

With its dark, delicate and brilliant reflections, the Tradiver glass brings a refined quality to each bottle. This colour is the result of a production process requiring all Verallia’s glassmaking know-how. Its filtering power ensures optimal UV protection for the contents of the bottle, thus guaranteeing the preservation of the organoleptic properties of great wines.

Twenty years after the launch of the Tradiver glass, the Grands Crus de Bordeaux are faithful to the color that perfectly translates their prestige in the eyes of lovers of exceptional wines.

One significant development over the last twenty years has been the creation of engraved Tradiver glass bottles: today, eight bottles are engraved with their own identity, bringing uniqueness and presence to the bottle.

Also noteworthy is the development of magnums: Verallia has launched a conical Grand Cru magnum to complement the roll-out of this exceptional ran.

An extended perimeter
Originally favoured by the most prestigious châteaux and estates in Bordeaux, the Tradiver colour now extends beyond these borders. Since its creation, it has expanded its spectrum and is now available in a wide range of models.

It exists in a variety of regional models like the bourgogne, the champenoise or even flutes. More than 60 different references are available today for containers ranging from 37.5cl to 150cl.