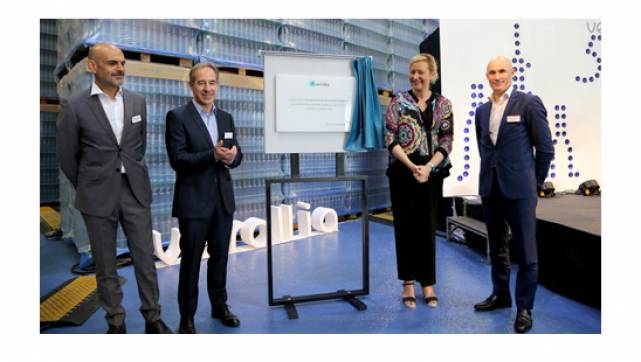 Verallia celebrates the 50th anniversary of its Spanish Zaragoza plant

At the end of June, Verallia celebrated the 50th anniversary of its Spanish Zaragoza plant, which produces bottles for the beer market, as well as the reconstruction of one of its two furnaces.

On Friday, 29 June, Verallia’s teams, along with numerous customers and local authority representatives, celebrated the 50th anniversary of its Spanish Zaragoza plant and the reconstruction of one of its two furnaces. The site notably produces bottles for the beer market.
With this EUR 20m+ investment, the plant can now produce up to 1.5 million bottles a day. Equipped with the best available technology, the new installations meet the most demanding energy consumption and air emission norms and standards.
During the event, Verallia’s Chairman and CEO Michel Giannuzzi stated: “Verallia is highly committed to supporting its Spanish food and beverage producing customers. This dynamic and competitive sector has made a strong recovery after the crisis. It innovates and is focused on new markets, with its sights clearly set on exporting.”
Working out of its six glass making plants spread across the entire country (Azuqueca, Burgos, Montblanc, Zaragoza, Seville and Telde), Verallia Spain is a major stakeholder on its domestic market. Its Zaragoza plant is highly specialized in producing beer bottles, while the Azuqueca plant produces food jars.