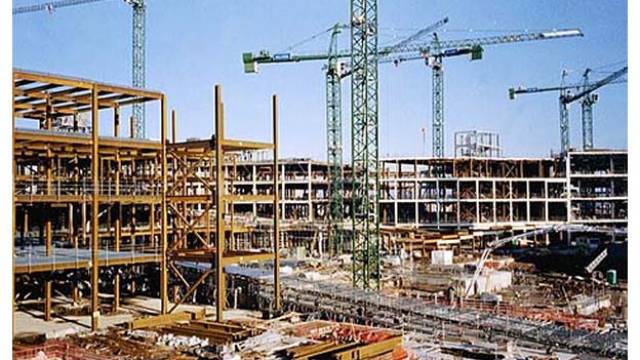 Construction employers added 6,000 workers to payrolls in June as the US unemployment rate dropped to 8.2%, its lowest June level in six years, according to an analysis of new government data by the Associated General Contractors of America (AGC). Association officials cautioned, however, that recent employment gains could be undermined when the federal government begins scaling back transportation investments in August.
“The construction industry continues to expand gradually and unevenly,” says Ken Simonson, the association’s chief economist. “Despite recent job growth, construction employment is still more than 1.7 million jobs or 22% below its 2006 peak.”
Construction employment totalled 6,015,000 in June, the highest total since June 2009 and an increase of 186,000 or 3.2% from a year earlier, according to Simonson. Residential construction employers added 6,600 jobs in June and 106,300 (4.9%) over 12 months. Non-residential construction employment was unchanged since May, but up by 80,000 (2.2%) since June 2013.
According to the release, the sector’s recent employment gains could be undermined, however, by cuts in federal transportation funding that are expected to begin taking effect in August. The funding cuts will come as the balance in the highway account of the federal Highway Trust Fund runs short of money later this summer.
Even as many construction firms brace for federal transportation funding cuts, others are struggling to find enough skilled workers to meet current demand.  According to the release, growing labour shortages are less a measure of the strength of the sector’s recovery and more of an indication that many former construction workers have left the industry, while relatively few young workers seek new careers in construction, association officials observed.
The unemployment rate for workers actively looking for jobs and last employed in construction declined from 9.8% a year earlier to 8.2% in June – the lowest June rate since 2008. Simonson says that over the past six years, the number of unemployed workers who last worked in construction declined by 1.075 million, but industry employment increased by only 512,000.
“The belated and partial nature of the construction recovery means many experienced workers have left the industry and fewer new entrants have chosen construction as a career,” says Simonson. “That will make it hard for contractors in many regions to find the workers with the right skills over the coming months.”