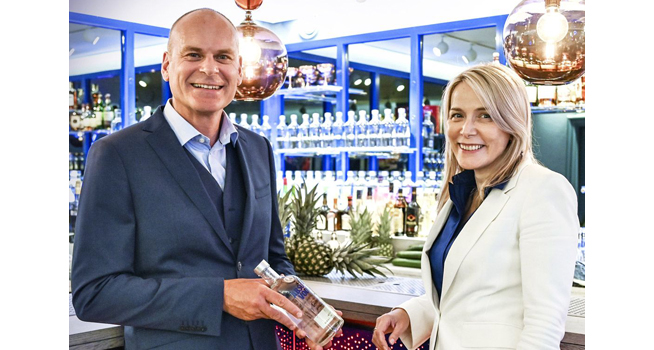 At its core, the partnership will focus on sustainability, innovation and future growth. Both companies are committed to keeping their environmental impact as low as possible and the agreement will ensure that carbon emissions are further reduced in the production of the iconic glass bottles.

The Absolut Company is Sweden’s single largest exporter in the food sector accounting for approximately 10 percent of its food exports. Sustainability is at the core of The Absolut Company’s operations and its distillery in Åhus is carbon neutral with the residue product, stillage, reused for animal feed. “It is very exciting to see the result of a cooperation between two companies located in small Swedish towns; The Absolut Company in Åhus and Ardagh Group in Limmared, reach out to more than 120 markets around the world,” said Anna Malmhake, CEO of The Absolut Company. “The great thing about this long-term partnership is that we can act on a world leading level when it comes to innovation and sustainability, throughout the whole supply chain.”

“We are delighted The Absolut Company have renewed their trust in Ardagh to consistently deliver quality, sustainable packaging,” said Bo Nilsson, Operations Director Nordic, Ardagh Group. “Our team at Limmared has worked in partnership with Absolut for 40 years, consistently delivering premium, innovative products. Ardagh shares their commitment to sustainable packaging and, with this latest agreement, looks forward to cooperating on further advances for many years in the future.”

The agreement lasts until 2029 and is The Absolut Company’s largest supplier agreement. It not only secures capacity for future growth but will also provide access to world-class innovation and quality.