Tecnoglass is entering a joint venture agreement to purchase a minority ownership interest in Vidrio Andino, a Colombia-based subsidiary of Saint-Gobain, which began production at its manufacturing facility located near Bogotá, Colombia in 2013, becoming the main supplier of float glass to Tecnoglass since that time. This joint venture will significantly increase Tecnoglass’ vertical integration strategy by enabling it to acquire an ownership interest in one of the first stages of its production supply chain, and to stable long-term float glass supply and improve purchasing economics for a significant portion of its float glass sourcing over time.

Vidrio Andino also plans to build a new technologically advanced glass manufacturing facility in Galapa (nearby Barranquilla), which is located only a few miles from Tecnoglass’ existing production facilities. José Manuel Daes, Chief Executive Officer of Tecnoglass, commented that the company are excited to partner with Saint-Gobain and have the possibility of developing an advanced and efficient glass production facility near to its own plant network. The transaction is expected to be completed in the second quarter of 2019. 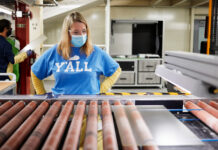 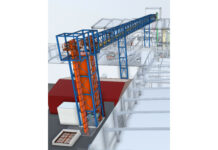 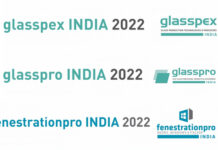 John H. Walker appointed Chair of O-I Board of Directors