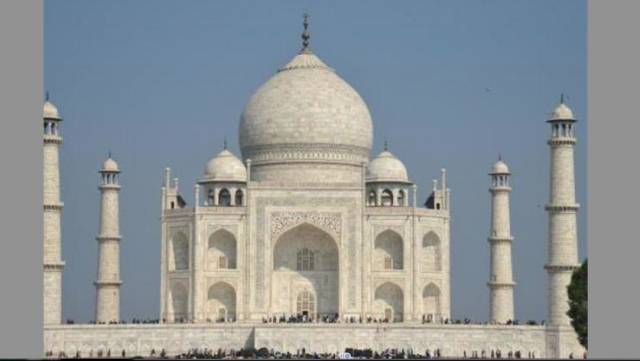 According to a recent study conducted by the National Environmental Engineering Research Institute (NEERI) on the pollution levels in Firozabad, fumes from the micro and small glass enterprises in Firozabad district of UP glass industry are not reaching the World Heritage listed Taj Mahal.

The study was discussed during a meeting of the Taj Trapezium Zone Authority was held last week. The authority will now take forward the study with the Union Environment Ministry to decide on future plan of action.
TTZ is home to 350 industrial units of which 80 per cent are small scale, using less than 5000 standard cubic metres per day.  These units use just 26 per cent of the total natural gas supplied to the TTZ while 20 per cent of the large units consume as much as 74 per cent of the supply.  This has resulted in a major cost burden for the small units.
People in Firozabad have been traditionally manufacturing glass bangles for several decades.
According to Raj Kumar Mittal, Sr. Vice President, Mittal Ceramics, Firozabad, “Pollution due to glass industry in Firozabad could be an old story before 1996 when we were using coal. Ever since we got Greenfield gas connection, we are using non-polluting gas in our industries.”
“The government should now think of expanding the gas connection lines and give natural gas at subsidized rates to the MSMEs,” Mittal said.
Mittal said the move to allege the small industries of causing pollution is done by a big group (name not revealed here) to monopolize its business.
According to a TOI report, the study by National Environmental Engineering Research Institute (NEERI) to gauge pollution level in Firozabad revealed that the level of harmful PM10 and PM2.5 has exceeded the minimum level by double on a daily basis while nitrogen dioxide had crossed the basic level by more than two and a half times. The report, however, also added that the pollutants did not reach the vicinity of the monument or impact it directly. The aforementioned chemicals are said to be present in the region due to the bustling glass and bangle industry in the area.
The study was conducted at three places of the city to note down the levels of PM10 and its sources. It was revealed that at Raja Ka Taal, which has the majority of glass factories, the contribution of glass industries is 40%, burning of waste (21%) and DG set emission was at 17% for PM10, while at Tilak Nagar, road dust amounted to 33%, followed by domestic burning (25%), and glass industries (10%). At DIC, burning of garbage amounted to 49%, road dust was at 15% and glass industry amounted to 12%. The overall source contribution of glass industries to PM10 is found to be 20% on an average, the study stated.
The study stated that smoke from diesel run generators and vehicles are having a greater impact on the city.