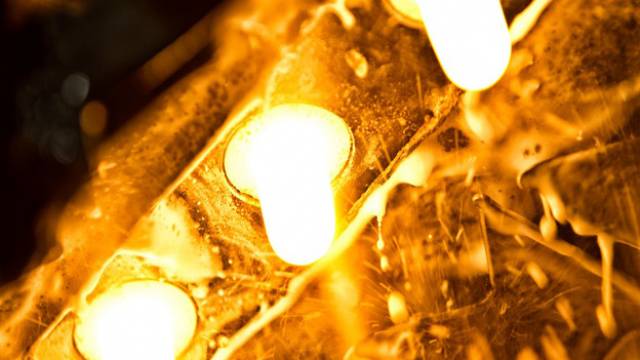 When Stoelzle Flaconnage held its official furnace inauguration at the end of September, a number of guests – including the glassOnline team – from the press and important glass bottles and spirits manufacturers were invited to see how the company is continuing to develop and ‘fine-tune’ its production – more and more aimed at the prestigious liquor sector.

A new furnace has been built at the Stölzle Flaconnage plant on Weeland Road in Knottingley, and the factory has also undergone refurbishment work.

Austrian company Stölzle Glass Group said the investment would safeguard 350 jobs for ten years, as glass production at the site is boosted to 175 tons per day. And it said the new facilities would become a key production base for the company’s award-winning line of decorative alcohol bottles called Prestige Spirits.
Chief executive Johannes Schick said: “Stölzle Flaconnage will be our new centre of excellence what regards the development, production and decoration of Premium Prestige Bottles.
“The recent investment proves that we trust in our British plant, even in these difficult economic times of Brexit.”
The site’s original furnace was built in 1995. It closed in July as refurbishment work began. New machinery, including printing devices, was installed as part of the two month revamp and existing technology was upgraded.
Mr Schick said the facilities would boost the global position of the company, which also produces glass for perfumes and cosmetics, food and pharmaceuticals.
He said: “The United Kingdom is a very important market for the Stoelzle Glass Group, primarily for the high-end premium spirits bottles.
“This year’s double-digit investment in a state-of-the-art extended furnace rebuild, together with significant investments in production, quality inspection and decoration techniques will definitely strengthen our Knottingley site as a global market leader in prestige spirits containers.”