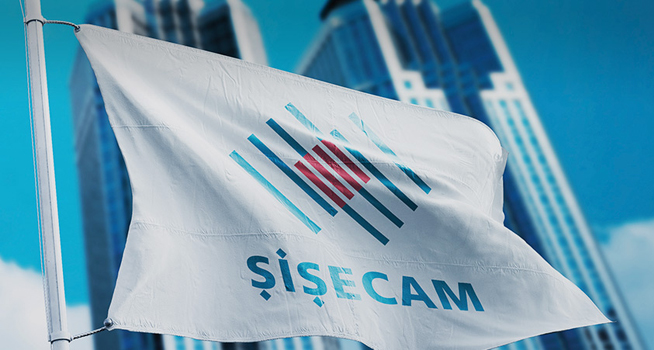 Şişecam Group, a global actor in business fields including all main areas of glass industry -flat glass, glassware, glass packaging and glass fiber- as well as soda ash and chromium chemicals, is going to make a new investment in the United States (US) with Ciner Group having significant know-how in natural soda production. For the investment in question, Soda Sanayii A.Ş., operating within Şişecam Chemicals, entered into an equal production partnership contract with Ciner Group for the natural soda production in the US.

Prof. Ahmet Kırman, Şişecam Group Vice Chairman and CEO, said, “Şişecam Group is carrying out production its operations in the four main business lines of flat glass, glassware, glass packaging, and chemicals in 13 countries on three continents. Especially the different investments that we have made in recent years in our current business lines indicate the opportunities that we are using also in connection with the inorganic growth opportunities besides the organic growth to achieve our global strategic objectives. In consequence of our efforts to use all of the potential opportunities that will create value for our company including acquisitions, joint-ventures and other cooperation possibilities in line with our sustainable growth and high performance based investment policies, we have made a decision to make a greenfield investment in the Green River, Wyoming, USA, with Ciner Group that has significant know-how in natural soda production and the largest natural soda production capacity globally. Thus, we are aiming at increasing our share in the global soda market from its current level of 3.4 percent and in the global sodium and bicarbonate market from 6.5 percent owing to our 40 years of experience that we have gained from our synthetic soda sales in the world market spanning.

“Moreover, access to the low-cost natural soda in the soda market with a solid competition offers a competitive advantage, while financially contributing to Şişecam Group that will further reinforce its strength in the global soda market. We have been implementing the same production partnership structure in Bulgaria for many years with Solvay, the world’s largest synthetic soda manufacturer.”

“The new investment in question would offer the possibility for a natural soda production by employing one of the most advanced techniques of the low-cost solution mining. Depending on the timing of obtaining the required investment and operating licenses and permits for this investment, which, in our opinion, will take an important part in increasing our global market share by reinforcing our existence in the Asian and American markets, we are expecting to commence the production operations by the year 2024.

“We are planning to finance this investment, which has an annual natural soda production capacity of 2.5 million tons besides 200,000 tons of sodium bicarbonate production capacity, with a long-term project financing loan by 80 percent and the balance with an equity capital to be invested equally. In the wake of this investment, we will become one of the world’s top five players in soda ash line and have taken another giant step towards our goal to be among the top three,” Kırman noted.