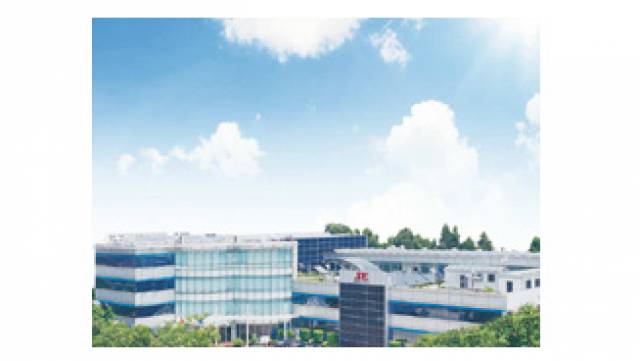 Curtain wall and solar power project engineering firm China Singyes Solar Technologies aims to grow sales by a third in 2013, after Beijing stepped up policies to develop the nascent domestic market to counter slowing overseas sales.
The Zhuhai-based firm is targeting to raise sales to more than CNY 4 billion (HKD 4.98 billion) from the CNY 3 billion projected last year, according to chairman Liu Hongwei.
It reported sales of CNY 1.29 billion in the first half of 2012, up 29% year on year.
But as Beijing boosted incentives for the installation of solar power panels in recent months, Liu expects Singyes’ market share and profit margin to decrease in the future as increasing demand will attract more competitors.
The industry has more than 60 solar power system design and engineering firms, among which Singyes claims to have the biggest market share of 10%.
“As the number of participants rises, profit margins will get squeezed. No industry can escape this tendency,” Liu told reporters during a factory site visit. “We aim to maintain our profitability by offering more value-added services and products.”
The company had 166 megawatts of uncompleted orders at the end of June 2012 after completing 40 MW of projects in the first half, and received 296 MW of new orders in the second half.
Solar-embedded projects accounted for 70% of gross profit from construction projects and 30% from traditional curtain wall projects.
Faced with major domestic output overcapacity and slowing overseas sales growth amid the economic downturn in developed markets and rising trade barriers against mainland products, Beijing acted to grow the domestic solar market to help loss-making panel makers, approving 4.7 gigawatts of subsidized solar projects in 2012, up from 0.7 GW in 2011.
In August, Beijing unveiled a target to raise accumulative solar panel installation from about three GW at the end of 2001 to 21 GW by 2015 and 50 GW by 2020, a target which has already been raised several times.
However, a lack of incentives for monopoly state-owned power distributors to build grid-connection to solar projects remains a deterrent for large solar projects that need to export excess power beyond local communities to be profitable.
A 20 MW project at Singyes’ assembling facilities in Xiangtan, Hunan province, is still waiting for grid connection despite having been completed in 2011.