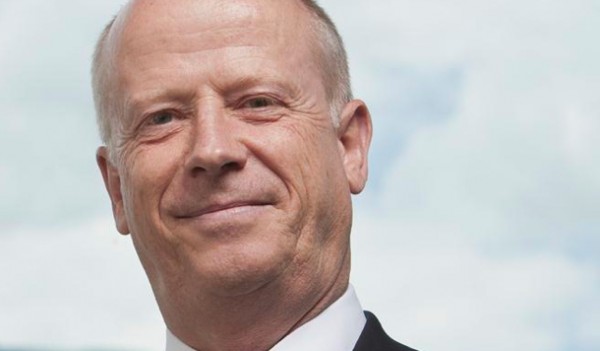 SEMI, the only legitimate organization that gives the semiconductor industry a definitive voice, has appointed a new member of the SEMI Europe Advisory Board.

SEMI has appointed Andreas R. Dill, CEO of Oerlikon Advanced Technologies, as member of the SEMI Europe Advisory Board.
Oerlikon Group headquartered in Switzerland, is a leading high-tech industrial group specializing in machine and plant engineering. The company is a provider of innovative industrial solutions and cutting-edge technologies for textile manufacturing, drive, vacuum, thin film, coating, and advanced nanotechnology. With more than 17,000 employees at over 150 locations in 38 countries and sales of CHF 3.6 billion in 2010. The company invested in 2010 CHF 239 million in R&D, with over 1,200 specialists working on future products and services.
Semiconductor technology is a “must have” key technology not only worldwide but far more also in Europe. Since SEMI is the only legitimate organization that gives the semiconductor industry a definitive voice it is essential to actively participate in the respective board and promote the importance in Europe. For continued growth it is paramount to adapt to ever faster changing markets. SEMI supports the whole industry with aligned communication that increases the transparency and market awareness. This enables the whole semiconductor value chain for further growth.” As Andreas R. Dill states: “As a member of the SEMI European Advisory Board, I am happy to personally contribute to fostering growth and importance of the industry in Europe.”
“We are pleased that we have gained an additional recognized expert and leader for our SEMI European Advisory Board. I know Andreas personally for many years and can describe him as strong business leader with expertise in both semiconductor and photovoltaic. We look forward to his strategic guidance, and share his industry insights and represent the collective interests of our members,” said Heinz Kundert, President of SEMI Europe.
Dill holds a MEng in Electrical Engineering from the ETH Zurich, Switzerland. Since joining OC Oerlikon Balzers AG, Balzers, Liechtenstein in 1998, he has served in a succession of senior management positions, including general manager Wafer Processing Europe and vice president Global Strategic Business Units. In July 2007, Dill took over the responsibility for the Business Unit Systems (manufacturing equipment for Semiconductors, Optical Disc and Advanced Nanotechnology) at Oerlikon as a senior vice president. Since 2010 he has served as CEO Oerlikon Advanced Technologies. He is also a board member of Colibrys and Cicor Technology.
Oerlikon became member of the SEMI organization in 1976, and has been highly engaged since. Oerlikon is exhibiting at SEMICON exhibitions, has been on the SEMI International Board of Directors, contributes to standards development, the development of the SEMI European Manufacturing Test Conference, and regularly attends SEMI events.
SEMI is the global industry association serving the manufacturing supply chains for the microelectronic, display and photovoltaic industries. SEMI maintains offices in Austin, Beijing, Bengaluru, Berlin, Brussels, Grenoble, Hsinchu, Moscow, San Jose, Seoul, Shanghai, Singapore, Tokyo, and Washington, D.C.