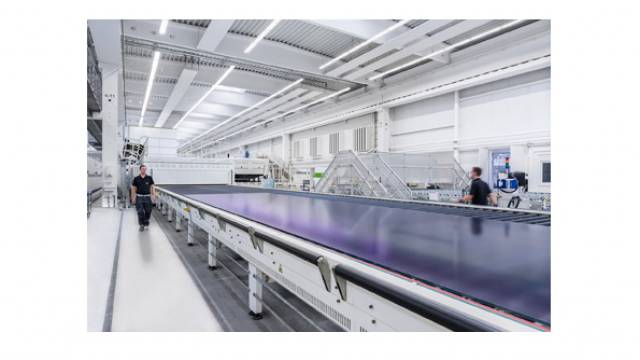 At the upcoming edition of the Big Five in November, sedak will be showing its new IGU product line sedak isomax, with a Ug-value up to 0.23 W/m²K, and an example of an all-glass-façade construction.

At the biggest construction event in the Middle East, sedak (Germany) will be showing what is possible with glass in the 21st century. The Big 5 takes place 26-29 November 2017 at Dubai World Trade Center.
With two exhibits, sedak presents its new IGU product line sedak isomax, with a Ug-value up to 0.23 W/m²K, and an example of an all-glass-façade construction at the German Pavilion (booth SS3 D67). Glass samples will demonstrate the high-level production competence of the German glass manufacturer. Additionally, visitors can catch up on sedak’s latest announcement to produce ‘the world’s biggest glass’ in up to 3.51m x 20m by 2018.
As an innovation leader for large formats and special solutions, sedak has been developing high production knowhow and therefore has established itself as full supplier for glass up to 16.5m. The list of references is spectacular and grows continually. Current projects are for example, UNO in Geneva, the Apple headquarters in Cupertino, and the House of European History in Brussels.
Since 2007, the Bavarian manufacturer has fabricated oversize glass highly automatically and has constantly invested in its own R&D. In 2017, sedak has set a new milestone with a second tempering furnace that processes oversize pre-coated glass. From mid-2018, sedak will be able to produce glass in the dimensions of 3.51m x 20m.
The BIG 5 is joined by a network of 300,000 suppliers and buyers of construction products from 120 countries. The name represents the five biggest industry sectors: construction, glass and metal, water technology and environment, air conditioning and refrigeration engineering, as well as cleaning and maintenance.
sedak, the glass manufacturer in Gersthofen, Germany, was founded in 2007. The company and its 150 employees have developed into the world’s technology and innovation leader for large insulating and safety glass. With a ten-year experience of manufacturing oversize glass and after having increased the level of automation continuously, sedak is regarded as a specialist in this know-how intensive segment. The glass units reach dimensions up to 3.2m x 16.5m – processed, tempered, laminated, printed, coated, and cold bent. The core capabilities are the lamination of glass, edging, and the company’s special knowledge of producing glass components with additional functional and decorative elements. sedak’s production has been optimized for extraordinary glass sizes and weights; all finishing steps are highly automated and handled in-house. As a full supplier for oversize glass units, sedak sees itself as a partner for architects, designers, and façade constructors. Outstanding references are for example the House of European History in Brussels, the Faculty of Medicine in Montpellier, the Torre Europa in Madrid, Brookfield Place in New York City, the United Nations Office at Geneva, the Apple Cube in New York City, the science center experimenta in Heilbronn, as well as numerous premium flagship stores worldwide.