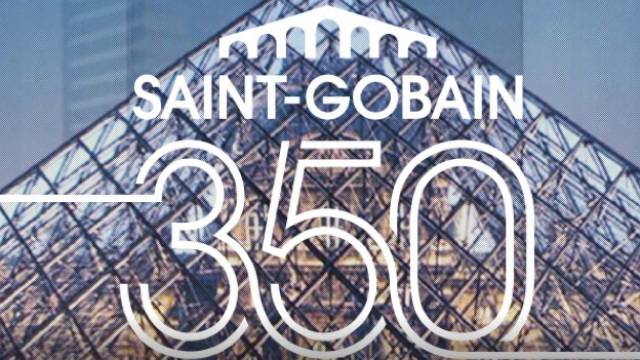 Saint-Gobain, which announced in October 2014 that it would be opening a flat glass manufacturing plant in Asia, and is also making headlines for its bid to acquire Swiss specialty chemical company Sika, is celebrating its 350th anniversary this year.

France-based Saint-Gobain, a building materials company which has its North American headquarters in Valley Forge, Pa., is celebrating its 350th anniversary this year. In October 2014, the company announced it would be opening a flat glass manufacturing plant in Asia that will allow it to double its output for automotive glass products from the current figure of one million to two million by 2020. Saint-Gobain is also making headlines for its bid to acquire Swiss specialty chemical company Sika AG.
“We are celebrating Saint-Gobain’s 350th anniversary – the history of the men and women who together have built the oldest company included in the CAC 40 French stock market index and one of the oldest manufacturing companies in the world,” according to a statement on Saint-Gobain’s website.
The company was established in 1665 under the name Manufacture Royale des Glaces.
Also recently, Saint-Gobain and Central Glass Co. Ltd. signed an agreement to create a joint venture in Indonesia that will specialize in automotive glass. Each group will have a 50% stake in the new company.
In the US and Canada, Saint-Gobain reported sales of approximately USD 7.9 billion in 2013.