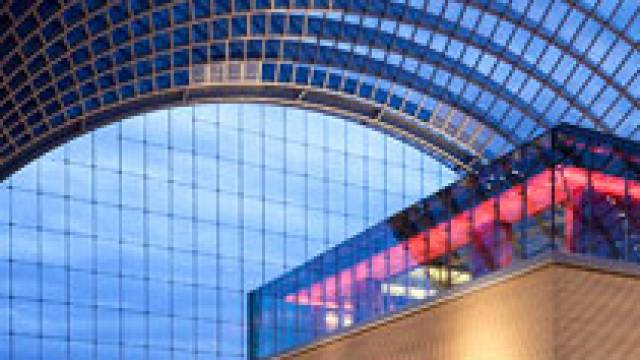 John Van Dine, founder of Sage Electrochromics, is stepping down from his day-to-day responsibilities and will now serve as vice chair of the company. He will be succeeded by Dr. Alan McLenaghan, Ph.D., as CEO.

Sage Electrochromics has named Dr. Alan McLenaghan, Ph.D., as its new CEO, taking over from John Van Dine, who has stepped down from his day-to-day responsibilities and will now serve as vice chair of the company. Van Dine founded the company and has served as CEO since its inception in 1989.
McLenaghan, a 15-year veteran of Saint-Gobain, joined Sage as vice president of operations in July 2012. In this role he has led the opening of Sage’s new manufacturing facility in Faribault, Minn. Prior to joining Sage, he most recently served as senior vice president of technology for Verallia North America, another division of Saint-Gobain, which became the sole owner of Sage last year. He joined the Saint-Gobain company in 1998 to lead the construction of its new float glass manufacturing plant in Eggborough, North Yorkshire, in England.
“I am pleased to have been selected by the board to lead Sage in the next phase of its growth plans,” says McLenaghan. “SageGlass is a unique technology that enables architects and building owners to manage solar control in a compelling way. I am excited to continue the integration of Sage into Saint-Gobain while maintaining the entrepreneurial spirit that has fueled the company’s growth and innovation.”
“After serving as the chief executive of Sage for 25 years, I am pleased to be able to pass the baton to an individual with Alan’s background and integrity,” adds Van Dine. “With his operations and glass expertise, Alan is a natural choice for us as Sage transitions into a larger manufacturing organization. I will miss the day-to-day management of the company and working with our great people, but am pleased with our success building a new category and about the momentum that electrochromic glass is achieving in the marketplace.”