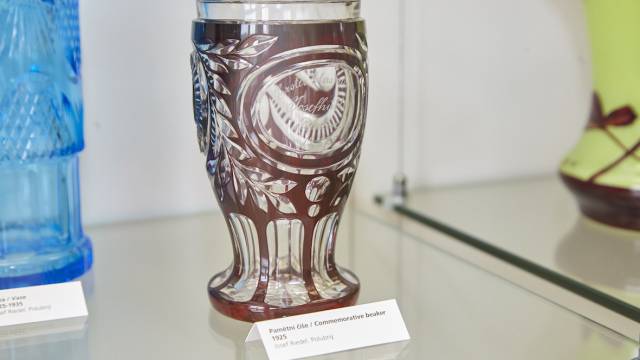 The history of the Riedel family is just as animated as the history of Europe, and is in fact inseparably linked with it.

In a long line of ancestors, Josef Riedel the Elder (1816-1894) is particularly prominent. He has has become known as the “Glass King of the Jizera Mountains”. Born in the era of industrialisation he built up the company in Bohemia to become a business empire of its time. In his honor Riedel is producing the Mamba Double Magnum Decanter in 2016 – an extraordinary design for this extraordinary man!
Superior craftsmanship and workmanship of the highest quality are needed to manufacture this elaborate decanter. Made of hand-blown crystal glass and finished by hand, it captivates with its design, its finish, its perfection down to the finest detail, and supreme functionality – it pays homage to a great figure in the Riedel story.
In 1756 the genius Mozart was born, the first wine region in Portugal was registered, and Casanova escaped from the Doge’s Palace in Venice. Maria Theresa ruled as empress the Austrian empire and in Europe there were signs of an impending storm. During the Seven Years’ War Austria-Hungary tried to win back Silesia and the battles in which the great powers were also involved shook the continent. In the following years governments across Europe forged ahead with agricultural modernisation and industrial development in order to get the economy moving again.
It was during this spirit of optimism that a company was started, one which would come to epitomize high-quality glass products over the next centuries. In 1756 Bohemia was a part of the Habsburg Monarchy, and it was here that Johann Leopold Riedel started the story of this dynasty, which to this day remains connected with glass.
The tradition of the Riedels as glassmakers is rich in legends and unbelievable success stories. It goes back even further than 260 years. Even before Johann Leopold Riedel had set up the first entrepreneurial glassworks thus establishing the tradition, his grandfather Johann Christoph Riedel, “Great grandfather Riedel”, and the first generation travelled around Europe as a glass merchant. Economic crises and personal tragedies, as well as entrepreneurship, artistic and technical skill and a constant penchant for innovation, together with a great love of glass, have over the following generations come to shape the destiny of the Riedel family.
The Riedel company managed to withstand the end of the monarchy, the social upheavals of the New established Czechoslovakia Republic, and the effects of the global economic crisis through skill, creativity and with the introduction of new products, which found buyers even during these times. After the Second World War the Riedel family was dispossessed, lost all their property in Bohemia, all their factories and the entirety of their private assets. Walter Riedel, eighth generation of the company, was imprisoned in Russia for ten years. The future prospects seemed to have evaporated. But the story played out differently.
With a symbolic leap towards freedom, the modern era of the Riedel company began on a cold winter’s day in 1946. Claus J. Riedel, ninth generation of the Bohemian glass making family, escaped from the prisoner train on the journey over the Brenner Pass. A dramatic turn of events for him and for the family business.
Supported by the Tirol glass industrialists Swarovski, which the Riedel family knew from Bohemia, in 1956 Claus Riedel, together with his father Walter who had only just returned from captivity in Russia, was able to take over the bankrupt “Tirol glassworks”. Claus set himself up in the following years as a designer and won many prizes for his creations. Finally in 1973 he created the pioneering innovation, whose discovery was to once again turn the name Riedel into a glass related world leader: the first line dedicated to wine-enjoyment. They are known all across the world today under the name Sommeliers. His son Georg J. Riedel introduced a new innovation in 1986, which, from an economic perspective, had even greater consequences: the first machine-made glass based on wine varieties in history – Vinum!
With Vinum Riedel has been able to turn the philosophy of the functional wine glass developed by the company into something affordable and therefore also well-known around the world. Vinum became the best-selling glass of all time!
2004 saw another milestone in the company’s history – the introduction of the “O” glass collection – a functional glass without a stem, developed by Maximilian J. Riedel, the eleventh generation and head of the company since July 2013. Maximilian has also made an excellent name for himself across the globe as a designer of decanters and glasses.
2004 was also an important year from a business perspective. Riedel took over the German glass company F.X. Nachtmann with its brands Nachtmann and Spiegelau. This laid the foundations for further growth. Today Riedel has a 97% export rate and is the absolute world leader in the production of functional glasses.
Its unlimited global leading role can also be seen in the fact that it is no longer just vintners and wine regions that seek collaborations, but also companies such as Coca Cola and Nespresso that have come to rely on the expertise of Riedel. Together with these two global brands Riedel has developed innovative new products and has forged ahead into new dimensions of the world of indulgence. In 2015 Riedel became a member of Comité Colbert.
The Riedel family business with its headquarters in Kufstein, Tirol, has an impressive history and captivates through a similarly successful present.
With the tenth and eleventh generation, Georg J. Riedel and Maximilian J. Riedel, the impressive history of the family is continually being updated. Both have resumed the great history of their forefathers with decisiveness, innovation, dedication and forward-thinking, with the use of innovative technology and creativity, creating the basis for the success of the next generation in the Riedel family. The company has long been supplying the world markets, thinking far beyond Europe, yet has remained a traditional family business, whose Austrian roots will continue to determine its path in years to come as well.