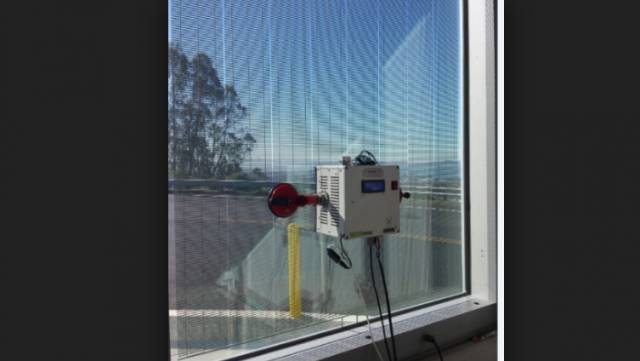 U.S. and Brazilian researchers have developed a new device which they say could be used to measure the energy performance of installed windows.

The portable window energy meter, which is still a prototype, measures the thermal and optical properties of windows in their actual settings. It was developed by scientists from Lawrence Berkeley National Laboratory (LBNL) and Brazil’s Federal University of Santa Catarina. It’s part of an effort funded by the U.S. Department of Energy’s International Program of the Office of Energy Efficiency & Renewable Energy (EERE).
Heat flux meters placed on the surface of the glass measure heat flow while a uniform temperature is maintained in the interior space. In collaboration with researchers from the Lawrence Berkeley National Lab, the performance of the portable window energy meter was tested according to procedures established by international standards widely used in the industry.
Charles Curcija from LBNL revealed the portable window energy meter for the first time in early October at the National Fenestration Rating Council (NFRC) fall membership meeting in Denver. The project team is looking for commercial partners to help bring the new device to the market.
The reduction of energy use in buildings is a key part of the Energy Department’s strategy to double energy productivity by 2030. The Energy Department estimates that about $40 billion in energy is lost annually through windows in the U.S.